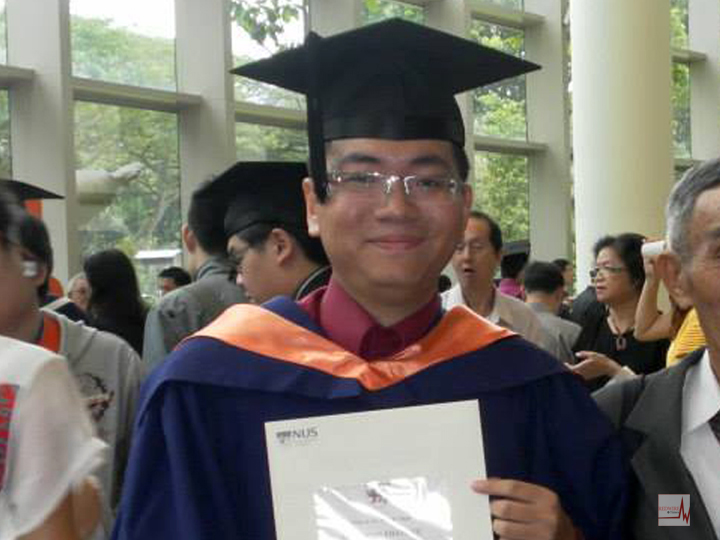 Tran Doan Khanh Vu apparently had a bad experience with Singapore customs officials, and that led him to conclude that Singapore doesn’t respect Vietnamese people.

“Stay away from this country as much as you can”. You pay the money to this country for business, for travelling… and you deserve to be treated better than this. If the country does not respect you, try going to another country for vacation…”

The incident involved his aunt, who was detained when she came to visit Singapore.

Vu claims that customs officers detained his aunt, who’s over 50 years old, without any explanation for several hours.

He claimed that his aunt was only “saved” after another young Vietnamese girl intervened and spoke to the customs officers.

“2.5 months back, my aunt was supposed to be arriving to Singapore normally with my mother, her first trip overseas. As she is a woman of her 50s, I just write a letter for her to be safe, stating they are my aunt and mother, travelling here to visit me, with the departing day to be 3 days later, staying in my house, having the expense paid by me, and all other details about me like my name, my company, FIN number, phone number, house address. So, I expect in worst case, they would call me.

Nevertheless, on that day, I was standing at the arrival hall, 1.5 hours had passed and both of them had not gone out. I have no idea what happened to them. Later my mother came out first, saying that they kept my aunt inside, without stating any reason. She (nearly 70 years old) was waiting for almost one hour at the custom for my aunt, and finally giving and coming out for my help. The custom, even though seeing my letter, did not call me at all. I had to go to information counter to explain the issue, only to receive a piece of paper containing ICA phone number. I called for almost 20 minutes, nobody picked up.

I approached the officials at arrival hall, telling them to let me go in and talk with the customs inside. They did not allow me, and forced me to stay outside. One Singaporean staff advised me to wait for a few more hours since his mother in law, also Vietnamese, got kept there a few hours every time she flies to Singapore. 8 PM Singapore time, and my mother had nothing in her stomach since she had checked in at 3 PM Singapore time. I couldn’t take her home, since I didn’t know whether my aunt would get released or not. What if she got released and I was not there?

Later, the ICA staff picked up the phone. I stated my aunt name, her flight, passport number, just to receive a very Singaporean reply:”Don’t worry, we only keep her for more investigation. She will be released soon”. My reply, very simple:”Don’t lie to me. I know what you would do to her during the investigation. She is 50s +, around the age of your mom. What if your mom got kept like that, are you happy? What if you expel my aunt the next day?”. After a few more arguments between me and that staff, he just hanged up.

Great, I stood there for another 30 minutes, feeling hopeless. I had to call one friend of mine at home to go to the airport and brought my mother home, since I had to stay there, probably up to the next morning. Luckily, a few minutes later, my aunt got released, thanks to the help of a young Vietnamese girl during the interview, who also got kept in the room.

So, my conclusion to all Vietnamese fellows:’Stay away from this country as much as you can”. You pay the money to this country for business, for travelling… and you deserve to be treated better than this. If the country does not respect you, try going to another country for vacation…'”