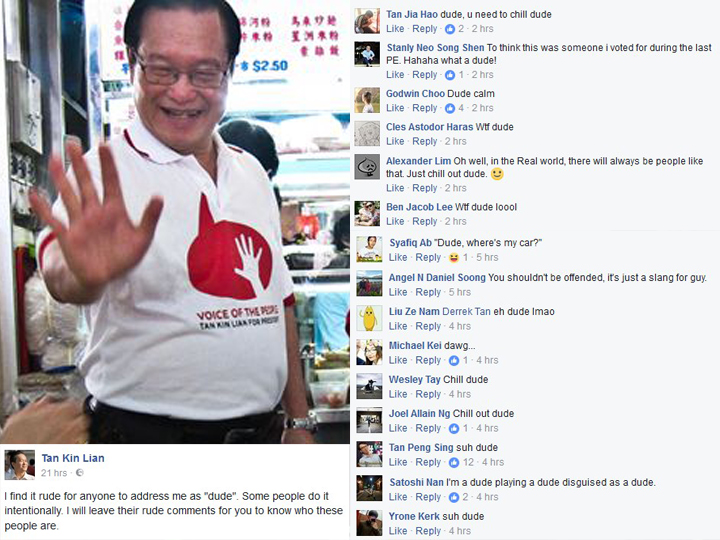 Alamak what has Uncle Tan Kin Lian gotten himself into this time!

Unfortunately, they don’t seem to appreciate Tan’s preference for another term (such as “uncle”, perhaps) and have shown him the “Voice of the People”.

But it’s perhaps time to show Uncle Tan some love, because he’s the only presidential candidate since 2011 to give us something to laugh about till today.

And of course, not forgetting the infamous: