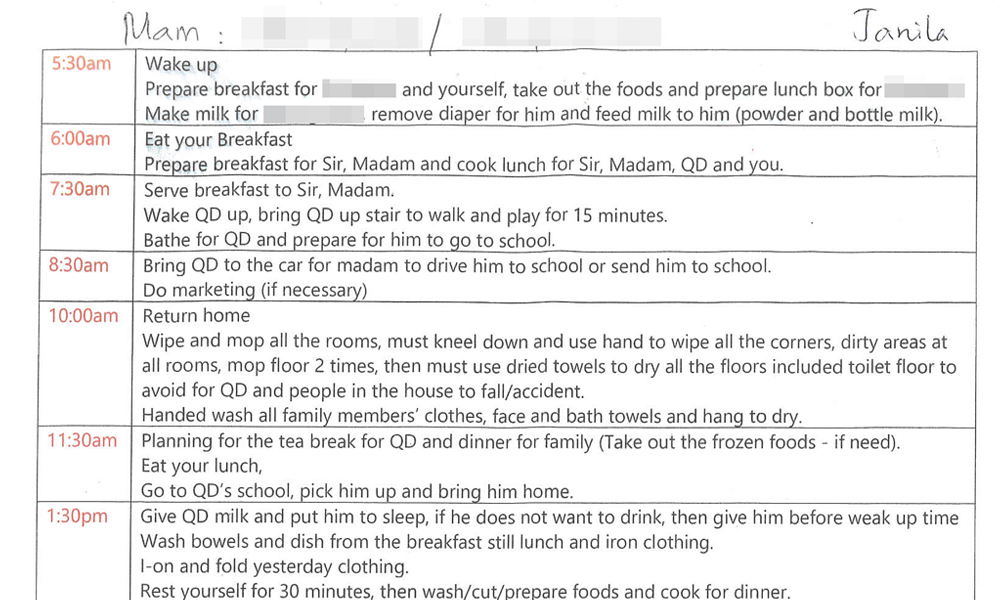 That’s the kind of sh*tty deal that a maid, “Janila”, is getting according to this timetable that was reportedly found left in a public library book.

The timetable bore the names of Janila’s employer, and 2 handphone numbers.

From the timetable, it appears that the maid works for a couple who has an infant son.

Summarising the highlights of the timetable, Janila’s weekday routine includes:

And rinse and repeat the next day.

Janila does get a break for breakfast and lunch (no mention of dinner in the meticulous timetable).

And she gets some rest time at night – though we’re wondering how you’re going to sleep properly at 10.30pm if you’ve to wake up at 1am, so we’ll take it that sleep during that time is scarce. 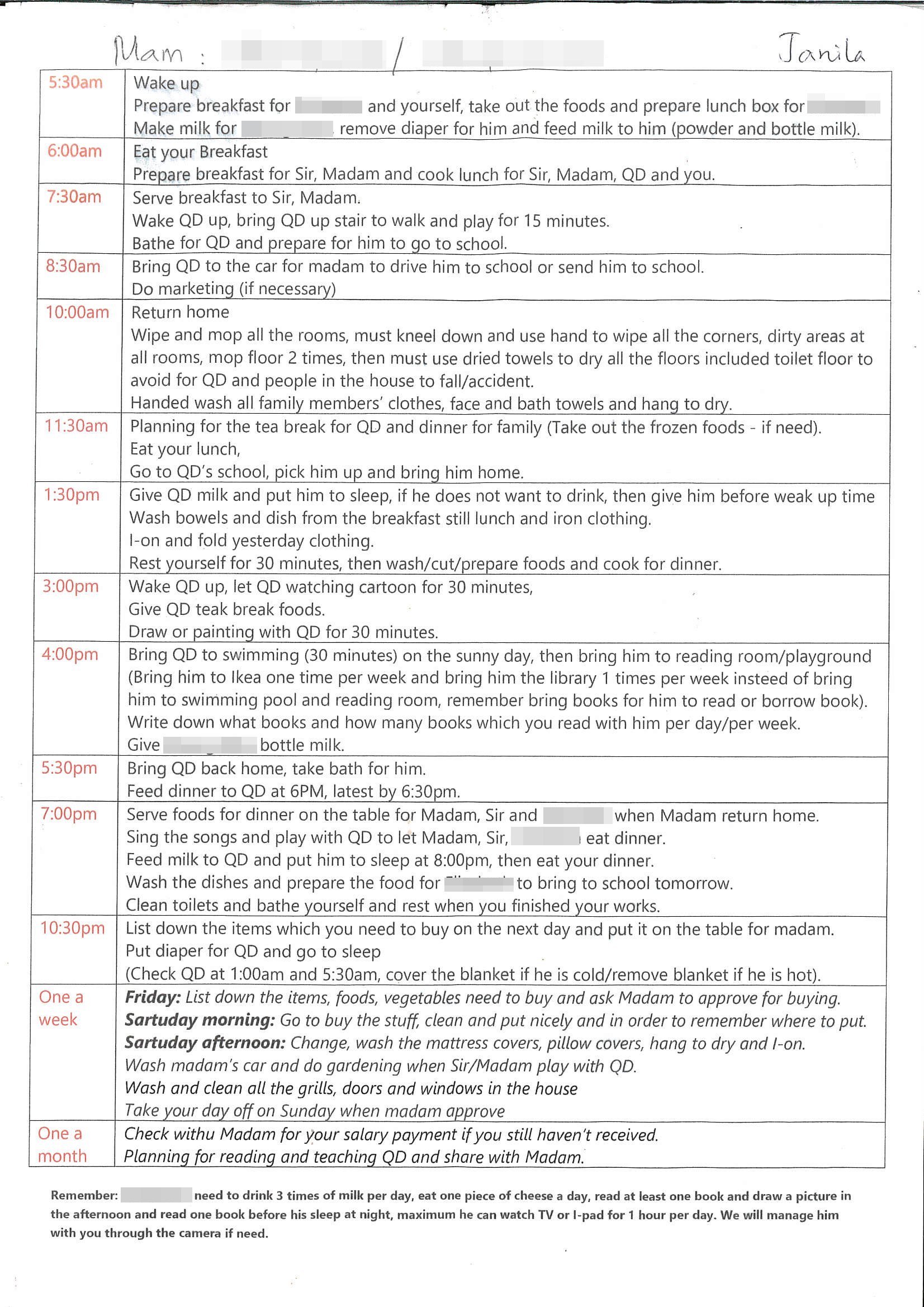 Local online news outlet Mothership received the timetable from a “tip-off”, stating that the timetable was found “under the cover of a book” on last Tuesday (20 Mar).

The Manpower Ministry has been alerted to the timetable and says it will be contacting the employer for more information.