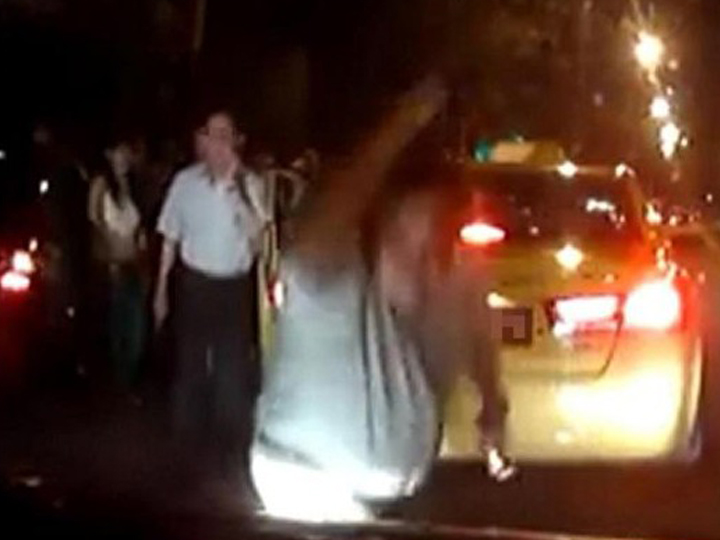 It appears that furious members of the public attacked a car driver who horned at a taxi which was picking up an elderly passenger.

The taxi had stopped in the right lane of a 2 lane road to pick up the passenger.

At the time, cars were parked in the left lane, such that the taxi, by stopping, was obstructing other vehicles behind it.

Members of the public were seen helping an elderly person into the taxi.

But one car driver who was behind the taxi who grew impatient sounded his horn 4 times – and probably lived to regret it.

The public responded with fury.

One screamed at the car driver, scolding him with vulgarities for his impatience.

Another approached the car and banged several times on the car roof to show his anger.

Indignant, the car driver responded, saying: “I only wanted the taxi to move off faster”

That’s when 7 people surrounded the car and started scolding the driver.

It’s unclear what happened next, although one of the men among the public shouted for everyone to stay calm.

We do hope that the matter was resolved amicably and didn’t escalate into a melee.