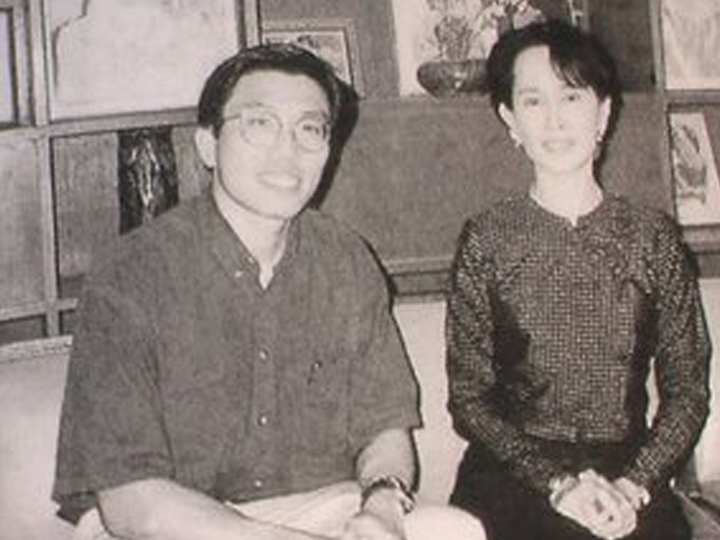 CHEE SOON JUAN: My op-ed in the Wall Street Journal “A New Vision for Singapore“, or rather what happened following its publication, is an example of what has to change in Singapore.

I had first offered the piece to the main daily newspaper, the Straits Times. It was not accepted for publication. This is not surprising as in the nearly a quarter-of-a-century of my involvement in opposition politics in Singapore, I have not had any opinion piece published in the Singapore press even though I have contributed articles in many international newspapers in the past.

My piece in the Wall Street Journal elicited a predictably heavy-handed response from the government. The Straits Times and other pro-government news sites ran identical reports titled Singapore responds to ‘dishonest’ commentary by Chee Soon Juan in WSJ. My piece was nowhere in sight.

The ‘dishonest’ label is one assiduously cultivated by the riling People’s Action Party (PAP); it is the favored tactic of the ruling party to character assassinate its opponents.

In this instance, the charge is already an improvement compared to earlier criticisms. In a courtroom hearing in 2008, Mr Lee Kuan Yew testified -after consulting his doctors -that I was a “near-psychopath.” A Straits Times columnist even penned an editorial confirming the diagnosis after looking up a medical website. Mr. Lee’s successor, Mr. Goh Chok Tong, declared that my integrity was suspect, vowing that the government “would try and annihilate” me. The third and current prime minister, Mr Lee Hsien Loong, said in 2006 that I was a liar and added for good measure that “he’s a cheat, he’s deceitful, he’s confrontational, it’s a destructive form of politics.”

The condemnations were not just in word. I was sued for defamation by the three prime ministers and made bankrupt (for which I recently managed to annul after paying off a reduced amount of the damages), imprisoned and fined on more than a dozen occasions, and banned from running for office for nearly 15 years.

I am not the only one so targeted by the government. Many before me have suffered greater abject fate, some imprisoned without trial for decades, all branded societal menace by the state media.

If all this sounds archaic, that’s because it is. PAP is clinging to a past that has long since finished.

When the party came to power in 1959, it, with considerable help from the country’s British overlords, locked up its political opponents, including journalists whom it deemed unhelpful to its agenda.

Through the decades, the party’s grip on the media tightened, resulting in the present situation where every Singaporean TV channel, every radio station and every newspaper is owned and run by the state. The World Press Freedom Index 2014 ranks Singapore 150th out of 180 countries. Even Myanmar does better at 145th.

The control of the media and the heavily financed propaganda has held Singaporeans in utter thrall, enabling the PAP to rule uninterrupted for more than half-a-century. Even today, albeit with less of a swagger due to push-back from the online community, the party continues to dictate to Singaporeans what they should read, watch and hear.

The state-controlled media shield the ruling class from being responsive to the needs and aspirations of the common people. They have put reason and intellectualism to sleep and, as a result, stymied development.

Such kind of politics cannot continue, not if Singapore is going to graduate into the next phase of development. The ruling party must stop attempting to conquer people and, instead, move to contest policies. It must end the political solipsism from which the PAP arrogates unto itself sole ideological legitimacy and turn to a contemporary pluralism where differences in opinion are debated, indeed celebrated.

If the country is going to survive the next phase of technological advancement in an increasingly competitive global environment, politics in Singapore must evolve in tandem. Starting with the media.

Singaporeans have a lot to offer to the world. We built this island-nation to what it is today and we can build an even better country for tomorrow. The only thing that is holding us back is the anachronistic political system and the received opinion among the public that democracy threatens progress.

To this end, Singapore must free the media. The government must let the people go.