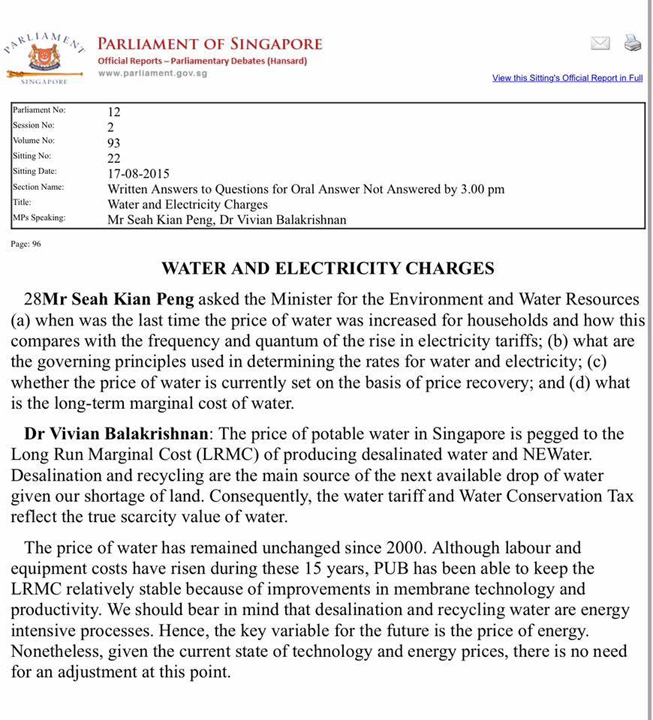 What has changed between the period before General Election 2015 and now, such that the government saw the need to raise water prices?

That’s what the Workers’ Party’s Bernard Chan wants to know.

Chan shared online the above excerpt from a debate in parliament, in which then Environment Minister Dr Vivian Balakrishnan said there was no need to adjust water prices.

“I have followed the debate in Parliament in the last couple of days over the hike in water prices and I remain to be convinced that there are significant changes to the variables (“labour and equipment costs” and “state of technology and energy prices”) to warrant a sudden and drastic increase in water prices by 30%. It was only less than 18 months ago before the last General Election no less that the government assured Singaporeans that there is “no need for an adjustment at this point” (two weeks before nomination day). So what has changed? A new political cycle I presume. I stand to be corrected.”