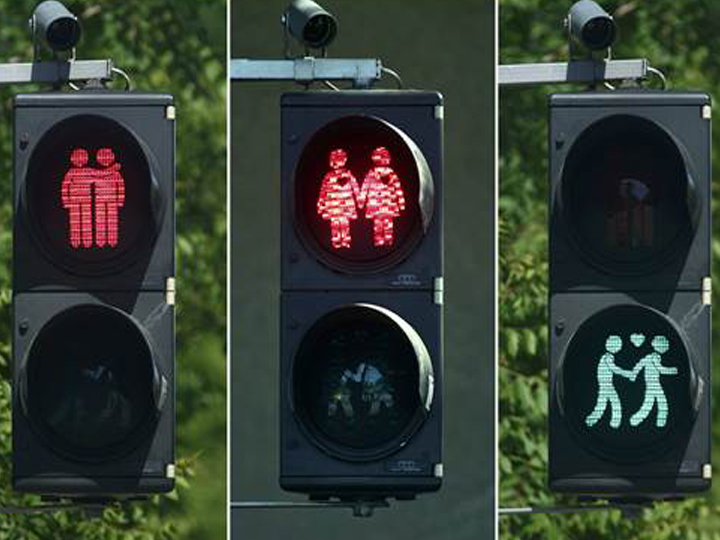 Is Singapore ready for gay-themed traffic lights come the Southeast Asian Games, like some of our European counterparts are doing for major competitions?

Or will our anti-gay faction stand up and stick it to the authorities?

Apparently, the green man is lonely no more in Austria’s capital, Vienna, ahead of the Eurovision singing contest.

Dozens of traffic lights have been switched to show male and female, or gay couples.

But it’s not permanent lah, at least for now.

The campaign is an attempt to improve road safety, and show the world that Vienna is a gay-friendly place.

Authorities will collect data to assess if the green-red pairing does indeed make the city’s roads safer.

Eurovision is now into its 60th year, and the contest has a huge gay fanbase.

If you think it’s a competition purely for the strange or “different”, Celine Dion and ABBA rank amongst previous Eurvision winners (then again…)