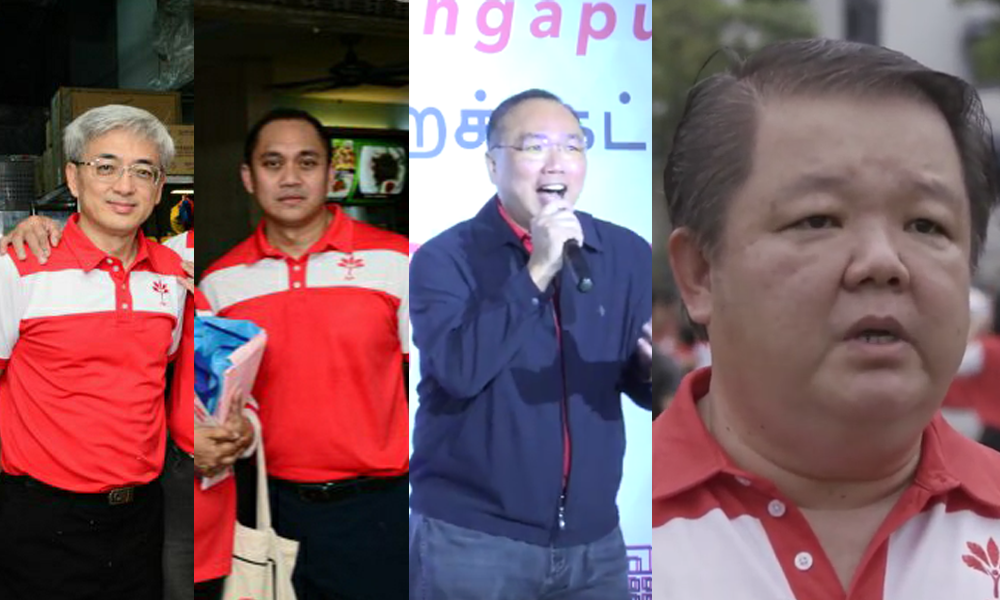 A group of unknowns have reportedly been confirmed as candidates for the Progress Singapore Party.

These include an academic, an IT professional, an amateur karaoke singer and an over-the-hill actor (pictured left to right).

First off, the academic – Tan Meng Wah, a researcher with the Lee Kuan Yew School of Public Policy.

Tan has written several papers on inequality, some of which have been published in renowned scholarly publications such as the ASEAN Economic Bulletin.

And then, there’s Taufik Supan, who calls himself a “fitness enthusiast” from a “far far away land once called Temasek”. Taufik describes himself as an IT professional who has worked across government agencies, commercial companies and startups.

Then, there’s the chap who looks like he would ace Singapore Idol today (if it wasn’t so bad that it had to be cancelled eons ago) – Jeffrey Khoo.

Khoo apparently also has something for plants – he’s is currently a Vice President and Senior Orginator at Swiss Re Corporate Solutions for the Food and Agriculture Business.

Listed among his credentials is the Chairman of Intellectual Pursuit at the National University of Singapore Society, Adviser to the Myanmar Rice Association.

Tan, Taufik and Khoo have recently been published in a post on local forum Hardwarezone and described as “confirmed candidates”.

According to insider reports, Teo is all geared up for the fight.

Teo, if you’re old enough to remember him, has been working bit parts in Mediacorp dramas for over 2 decades, and is apparently an auctioneer now.

None of the Fab Four have had any experience in the political sphere.

What we’re wondering is – will they be coming together in one package to a GRC near you?