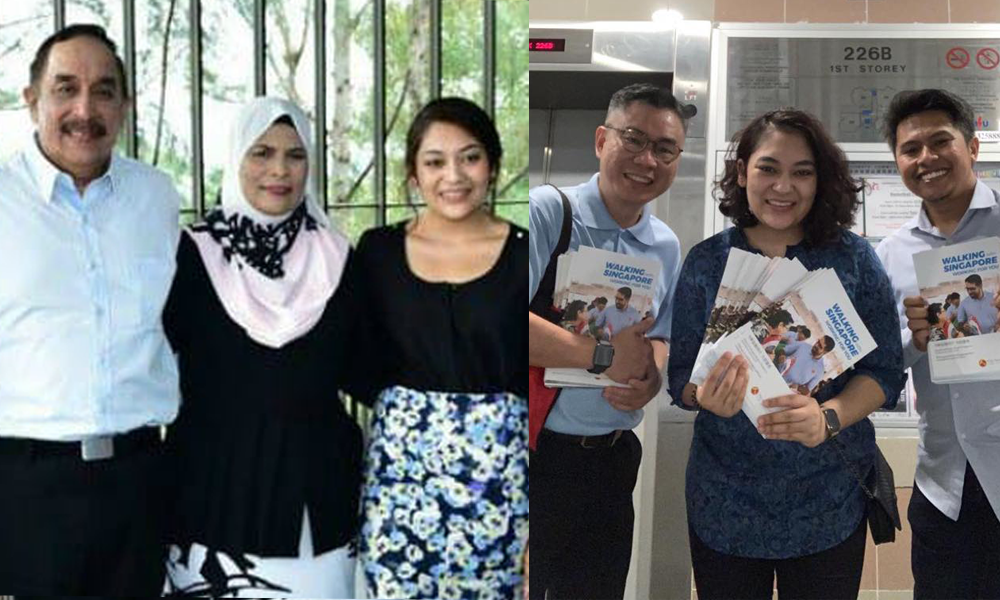 The Workers’ Party is wooing the daughter of former presidential candidate nominee, Farid Khan, in the lead-up to the coming General Election.

RW’s GE Insiders tell us that 26-year-old social activist Raeesah Khan has been earmarked by the WP a potential candidate.

Raeesah, featured as one of Cleo magazine’s “Changemakers” for 2019, has recently been spotted joining WP cadres on walkabouts in the Punggol area.

Her father, Farid, lost S$200,000 in campaign marketing expenses, after failing to wiggle his way into running for the presidency in 2015.

His application to contest was rejected by the Elections Department because he did not meet the selection criteria – the shareholders’ equity of the firms he helmed was deemed to have fallen short of the S$500 million required of private sector candidates.

Raeesah runs the Reyna Movement – a not-for-profit organisation that seeks to improve the lives of women through community engagement and upskilling.

She has been involved in social activism since the age of 17.