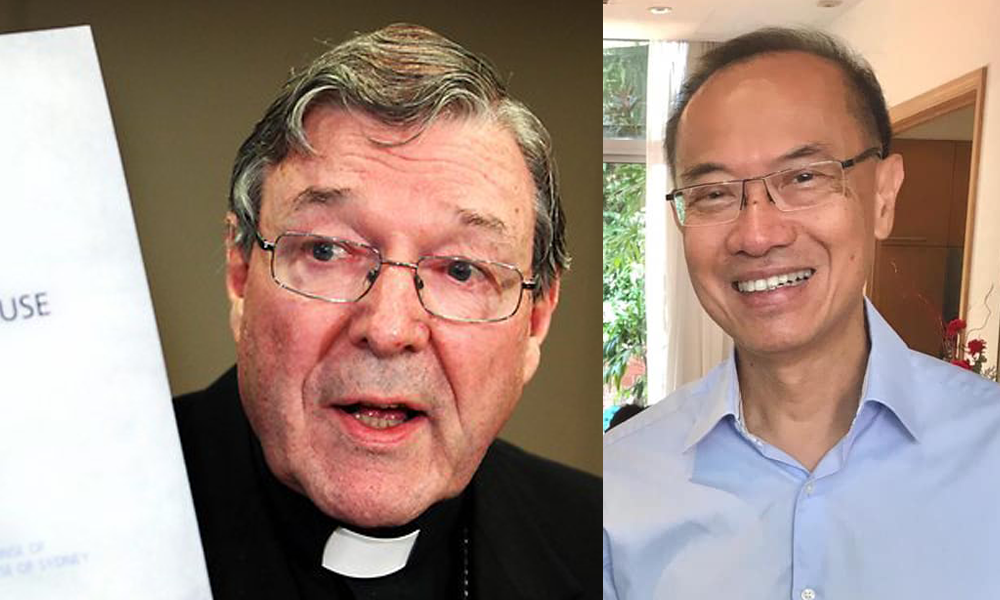 Pell, who has been found guilty of 5 counts of sexual abuse, is now appealing his conviction.

Yeo, now the chairman of a logistics firm, posted on his Facebook page an account of his prior interaction with Pell, and said he was praying for Pell’s acquittal. 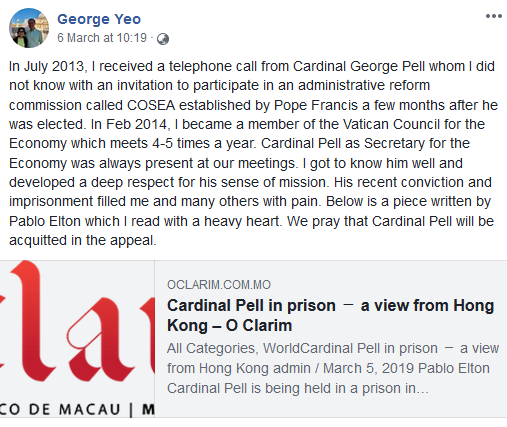 That post has led to Yeo receiving much criticism – much of which has since been scrubbed from his Facebook page.

Pell was convicted of sexually abusing two choir boys whom he had caught swigging sacramental wine in a rear room of Melbourne’s St. Patrick’s Cathedral in late 1996.

Prosecutors said that after telling them they were in trouble for drinking communion wine, Pell forced each boy into indecent acts.

The indecent assault was said to have taken place as hundreds of worshipers were streaming out of Sunday church service.

The boys were 13 years old at the time.

Pell was also found convicted of further indecent acts against one of the boys in 1997.

Outside of the court case, Pell is being sued by a man who claims the Cardinal sexually abused him three or four times in a swimming pool at the church-run children’s home in the 1970.