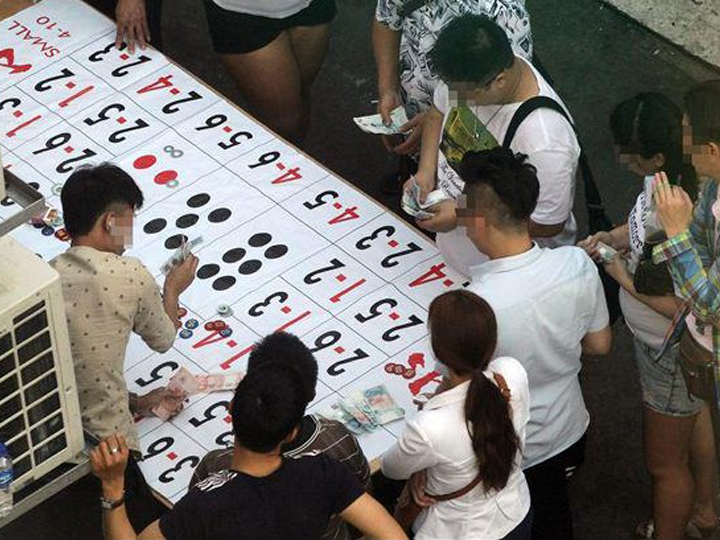 Big bets are being placed in a little Geylang alley, in broad daylight!

Eyewitnesses say that every day for the past month, gamblers have been flocking to this makeshift betting booth at the back alley junction of Geylang Lorong 15 and Lorong 17. 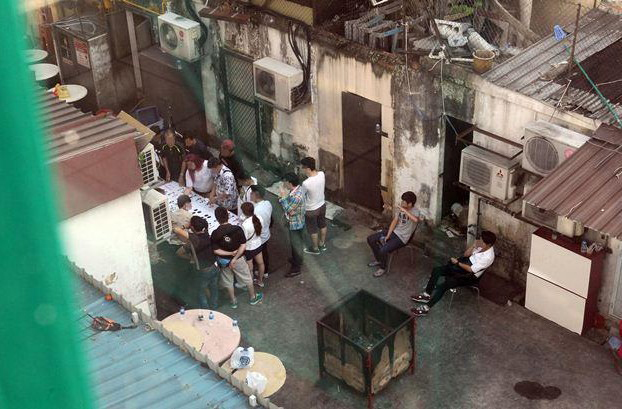 Up to 30 people can be seen at one time, some husband-and-wife couples even come together (does this make it a family-friendly activity, then?)

They place bets on a dice game commonly known as “Big,Small” in Chinese, where the punter is supposed to guess the total sum of numbers shown on the dices rolled.

A croupier stands at the makeshift 2 metre long table taking bets and rolling the dice, while his partner watches out for any suspicious-looking people in the crowd (i.e undercover cops). 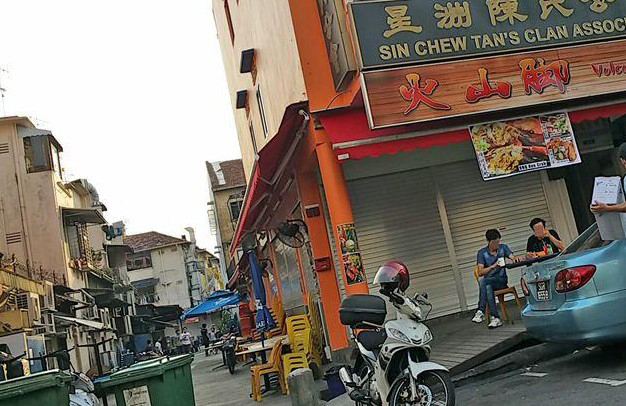 At every entrance to the back alley, “watchers” are on standby, ready to call out if there’s any sign of police.

Not by shouting, but through wireless headsets! 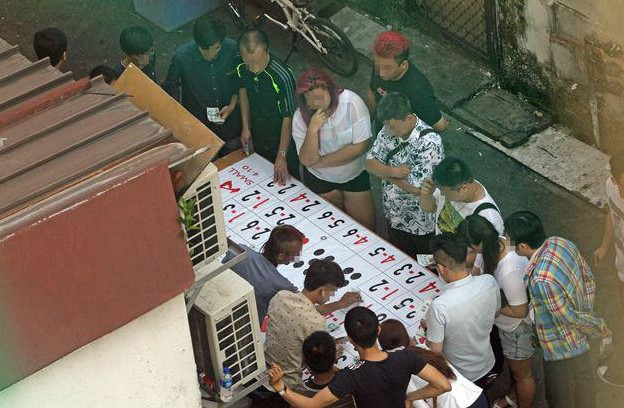 While the illegal gambling den apparently rakes in tens of thousands in cash a day, the whole setup is illegal according to the Common Gaming Houses Act.

And gamblers aren’t spared either.