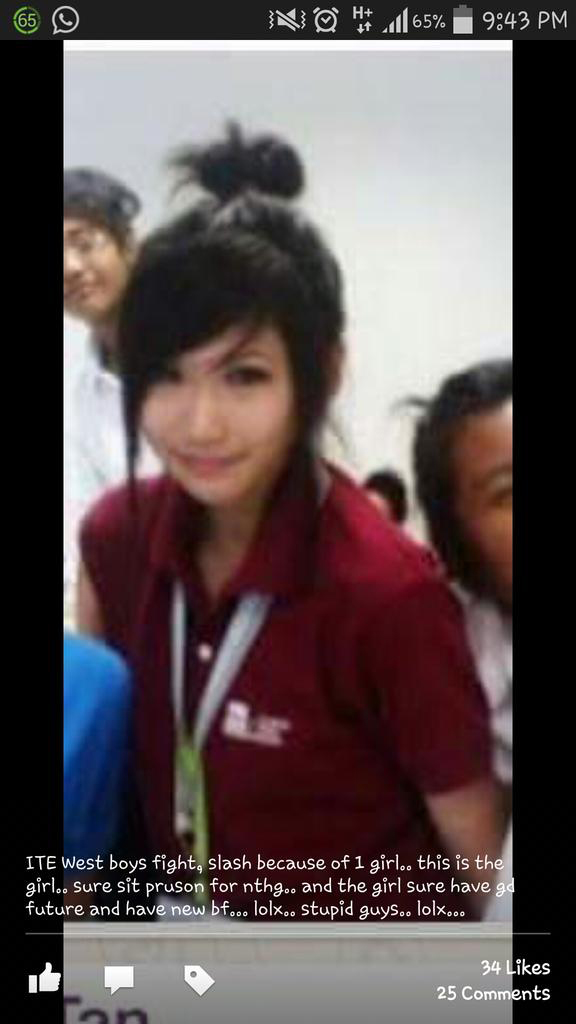 This photo has been making its round online.

The pretty lady girl in the picture is said to be at the centre of a love triangle which triggered the recent knife attack at ITE College West.

The picture was first posted on Twitter by @nurfal.

Muhammad Zuhairie Adely Zulkifli aka the ITE Slasher has been charged for causing grievous hurt to 19-year-old Ahmad Nurthaqif Sahed.

He allegedly slashed Ahmand Nurthaqif with a 35cm-long bread knife. 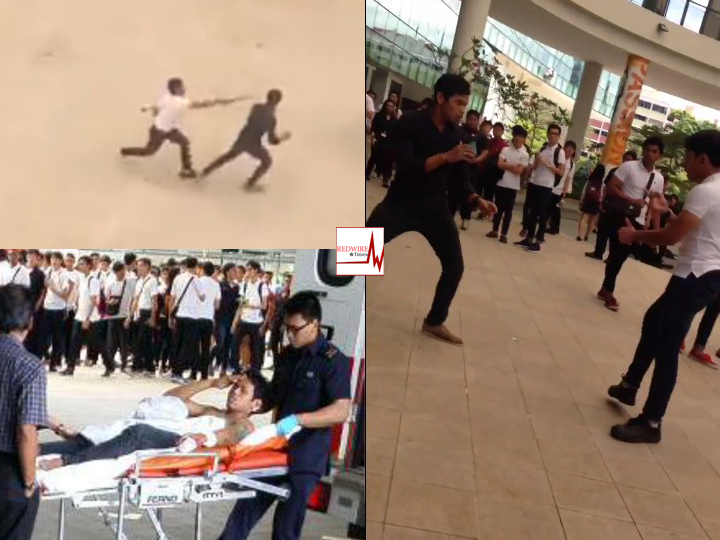 The 16-year-old’s mom is apparently charged up at the gall displayed by her son, and has taken to Facebook to criticise Ahmad Nurthaqif.