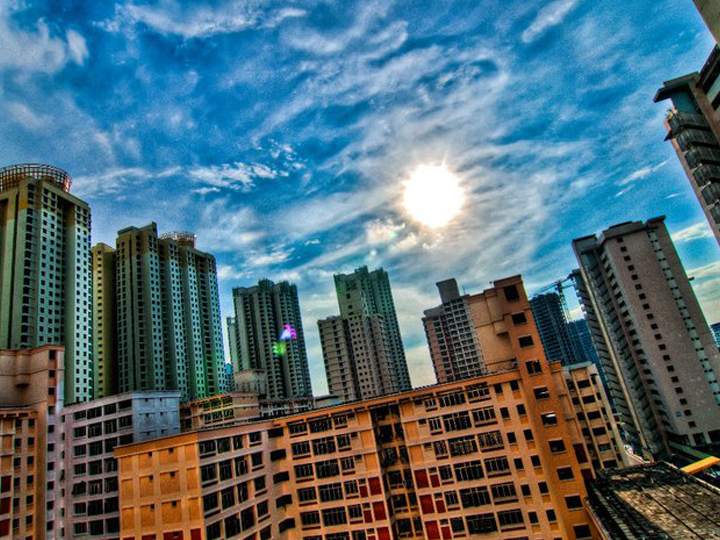 People’s Power Party chief and political veteran Goh Meng Seng has lashed out against PAP-led government, accusing it of spreading fake news with its promotion of the Asset Enhancement Scheme for HDB flats.

Goh claims that Singaporeans are “fooled in believing in the scam of Asset Enhancement Scheme which is nothing more than making you pay more for your HDB flats willingly.”

All HDB flats have a 99-year lease, after which they will be returned to the government.

“A few generations of Singaporeans will suddenly wake up to the fact that they have been fooled and their hard earned CPF is totally wiped off by the Asset Enhancement scam which was promoted by PAP 30-40 years ago!”

This is what former NTUC Income chief Tan Kin Lian said back in 2010 about the Asset Enhancement Scheme:

“Since the mid 1980s, the Government implemented market pricing and the asset enhancement policy for public housing, i.e HDB flats. The aim was to allow the heartlanders to have a chance to enjoy the appreciation of their HDB flat, which represents the the key assets for most of them.

This policy has led to a more than 10 fold increase in the price of HDB flats during the past 30 years. For most HDB flat owners, the increase in asset price does not translate into real wealth. They still need a place to live in, as the HDB flat is the only home that they hold. If they sell the flat, they have to buy a private propety at an even higher price.

Last year, the government warned HDB flat-owners not to expect their old HDB flats to rise in value, yet maintained that flats were a “good store of asset value, so long as you plan ahead and make prudent housing decisions”.

This is PPP chief Goh Meng Seng’s criticism of the Asset Enhancement Scheme:

“Forget about Operation Coldstore or Operation Spectrum. Singaporeans are just pragmatically selfish and self serving. They won’t be bothered about what injustice had happened to a few tens, hundreds or even thousands of people as long as these don’t affect them directly. We are cultivated to be reaped off of any sense of Social Justice but only taught to focus on our own short term selfish well being.

That’s the harsh reality of being a Singaporean.

The biggest, greatest Falsehood and Fake News that were cooked up by PAP Government is Asset Enhancement Scheme and HDB for retirement financing.

What they have done were just a tiny bit of Enbloc with some upgrading which were politically motivated as pork barrel politicking and in the end, Singaporeans were made to believe that their HDB will be “Enhanced” and thus increase in prices forever! It serves only their agenda of prolonging their monopoly of power without telling the HARD TRUTH that such disastrous scheme will only make them “feel rich” at the expense of their future generations who will be paying for higher HDB prices!

They have messed up the HDB system so badly that there is no way of reversing the bad scam without causing Huge pain to a few generations of Singaporeans.

In the end, Singaporeans were told that not all of their HDB will enjoy enbloc… in fact MAJORITY of 96% of HDB won’t enjoy enbloc and their HDB will turn to zero value when their lease is up! Did they tell Singaporeans about this critical information back in 1990s when they keep harping on Asset Enhancement Scheme? Half Truth told is no Truth but selective Falsehood!

Singaporeans are fooled in believing in the scam of Asset Enhancement Scheme which is nothing more than making you pay MORE for your HDB flats WILLINGLY, justifying higher higher prices for New HDB flats through the hedging of prices via the BS OF “market subsidy” which is not a subsidy at all but effectively just a discount.

At the same time, such fooling scam gave PAP the votes from those who were fooled by them!

But just like any scam, it cannot last forever because it is not sustainable at all. People were made to use up all their retirement fund CPF to buy HDB which doesn’t guarantee forever higher return, not even good as investment. The time must come when people realize that they have neither the necessary CPF for financing their retirement despite of having the highest rate of contribution in the world, nor the dream or possibility of getting good price for their old HDB flat to finance their retirement.

The situation will get worse and peak when my generation starts to reach 60 years old, which is only 12 years away. At present, the situation is just starting to show the stupidity of the whole scam. For the next two decades, we will see slow collapse of the CPF-HDB scam and by the third decade, most probably the whole system will collapse which most HDB will cross their 40 and 50th year and there is a rapid decline in their prices.

A few generations of Singaporeans will suddenly wake up to the fact that they have been fooled and their hard earned CPF is totally wiped off by the Asset Enhancement scam which was promoted by PAP 30-40 years ago!

2011 was the critical year which we might have the slightest hope of saving the situation but that window of opportunity has lapsed. PAP will NEVER admit their deliberate mistake made in their own interests of self preservation instead of a long term vision for the good and well being of Singaporeans. Many Singaporeans will live to regret for their foolishness in believing in such a big scam and Falsehood propagated by PAP simply because they are blinded by their own greed.”