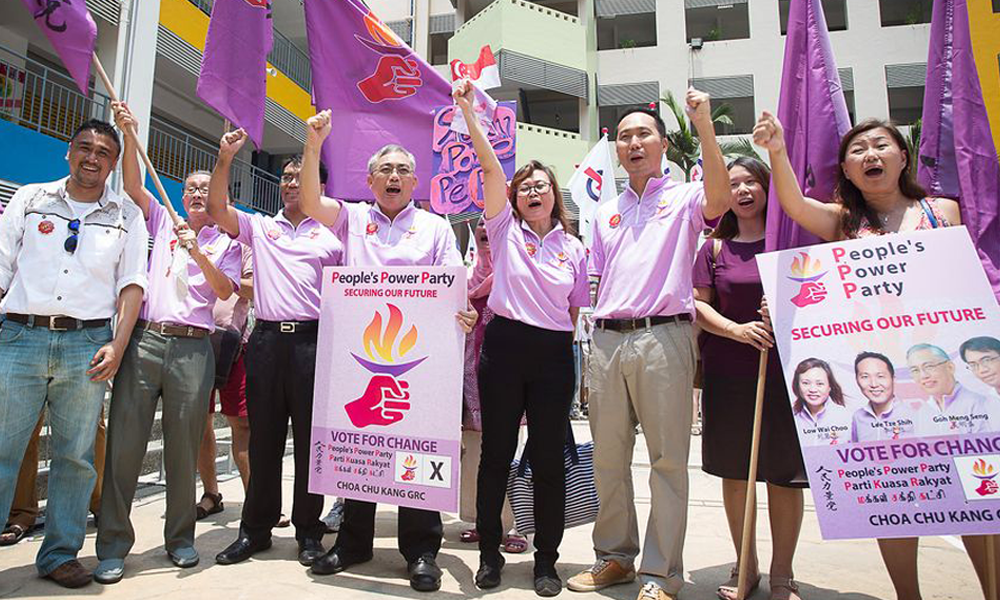 People’s Power Party chief Goh Meng Seng has declared that his campaign strategy for the coming General Election will be to do away with house visits altogether.

Instead, he said that he will focus on consistently sharing his view online via his Facebook page and website to overcome “invisible political boundaries” set by the PAP.

“PAP has successfully to mislead and brainwash both voters as well as opposition politicians to think that they should put most of their energy in knocking doors, convincing voters they can run town councils instead of putting up strong debates, policy ideas and scrutiny in parliament. After opposition won some seats, they will compete with PAP which has the whole machinery of People’s Association (PA), in conducting durian tours, temple tours, organizing events etc… instead of spending most of their time in policy research and debates.”

And nope, it’s not for a lack of funds.

Goh said that Singaporeans should not equate “political work” with grassroots work.

“In the end, we have political parties doing Charity Work, giving out goodies, organizing events …. instead of doing the REAL political work of analysing, researching and commenting on Real political issues. Political parties are more like Charity Organization or Event Organizing companies or simply Social Clubs nowadays.

Voters are judging the ‘quality’ of candidates by looking at whether they ‘serve’ them by ‘knocking doors’ or ‘visit’ them. Or whether they attend wakes or temple dinners and such. Or organize any events for them…etc. The most illogical thing is, they even expect opposition who have not won any seat to do all these!”

That, he feels, is why parliament has many “empty chairs and empty tables”:

“When voters and politicians have WRONG and misguided priorities in politics, that’s the end result we will get.”

As for why he has decided to focus sole only putting across his ideas on the worldwide net, Goh said:

“All political movements always start with evangelism of alternative ideas and ideals, not with knocking doors and kissing babies. When the seeding of ideas and ideals take root in the minds and hearts of voters, their emotional sway will be dampen and hopefully, what happened in 2015 GE will not repeat again.

Dr Sun Yat Sen had done that all his life, in order to convince people that a change of regime from Monarchy to Republic was a necessity. He changed China, not by knocking doors, kissing babies or doing charity work or organizing tours. He did it through endless and continuous evangelism of his political ideas and ideology, which were so alien to his people of his time.

My ‘Track Record’ is my consistency in providing my political views, ideas and ideals. Ideas and views which PAP would even adapt quietly without giving due credits, even million dollar ‘elite’ ministers would read and adapt in their policies.”

Goh, a key Workers’ Party member and part of the party’s Central Executive Committee in the early 2000s, left the WP in 2006 on acrimonious terms.

This, allegedly due to internet postings he made which “tarnished” the WP’s reputation.

He joined the National Solidarity Party and lost narrowly in Tampines GRC by 9 percent of the popular vote.

Goh started his own political party, the PPP, in 2015.