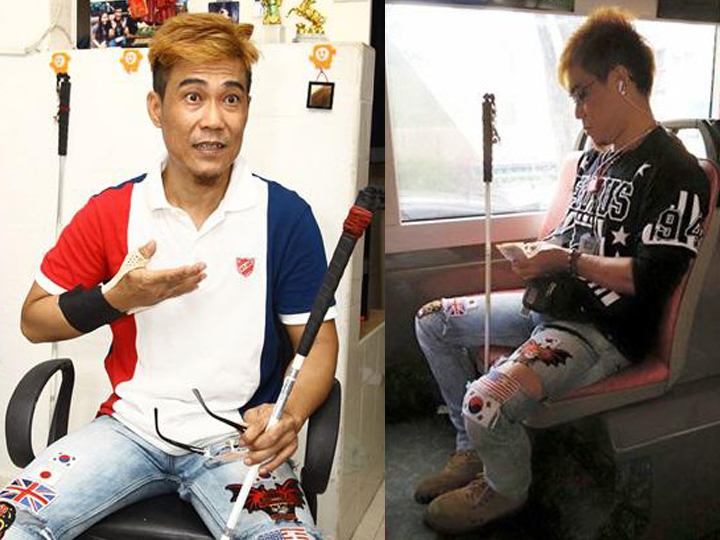 He’s been accused of fooling good samaritans into giving him money because he’s “blind”.

But Mr Ng Cheng Hock says he’s really visually impaired, and has the proper documentation to prove it.

The 44-year-old was spotted on asking a Malay lady who had helped him on board a bus for money.

An eyewitness later claimed that she saw him visually counting money in his pouch, presumed to be from donations, and snapped a photograph of him.

Mr Ng says he’s very hurt by the accusations, especially after his family members quizzed him about it.

He said he was diagnosed in 1994 with retinitis pigmentosa, or pigments on the retina.

He says doctors told him there was no cure for this condition, and that he would gradually lose his vision. 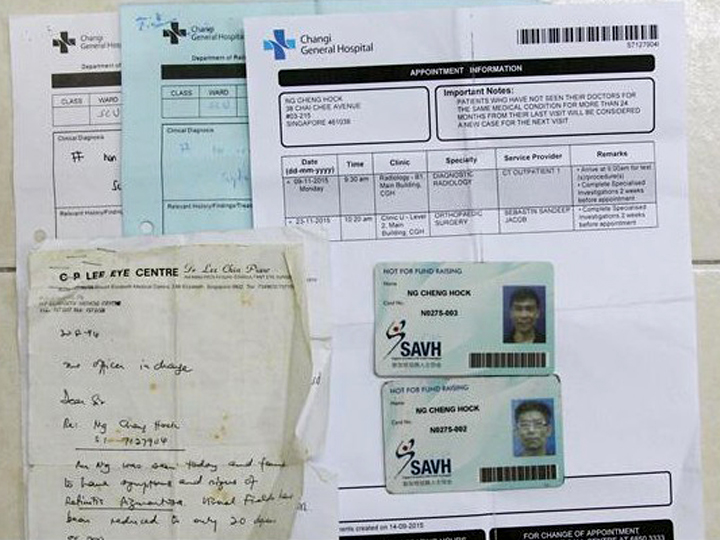 Now, Mr Ng says he has only about 10 percent of his vision left.

This hasn’t stopped him from working as a part-time massage therapist to earn a living.