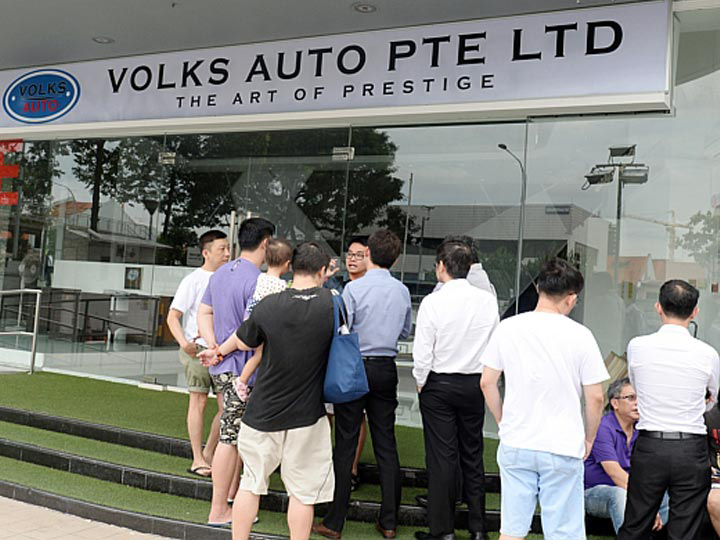 Many were looking for a new car on the cheap. And that’s what Volks Auto promised – about S$20,000 off the usual price set by other established car dealers for the same parallel-imported cards. But yesterday, they were in for a rude shock when the owner and staff of the car dealership vanished.

About 30 furious people were seen at the Volks Auto showroom, which by now had been cleared, except for one Bentley car that remained on display. What’s also gone – the deposits which these customers had paid for the vehicles. That ranged from about S$20,000 to S$37,000.

Security at Three Rifles Building where Volks Auto is located said that the company’s director was seen entering the building early yesterday morning with a number of tow trucks. He said that the director had shaved his appearance, apparently in an attempt to change his appearance.

Other car dealers said such discounts were shady at best. They said that a dealer could offer at most $$2000 off the market average price of a car. Anymore than that, and they would suffer huge losses.