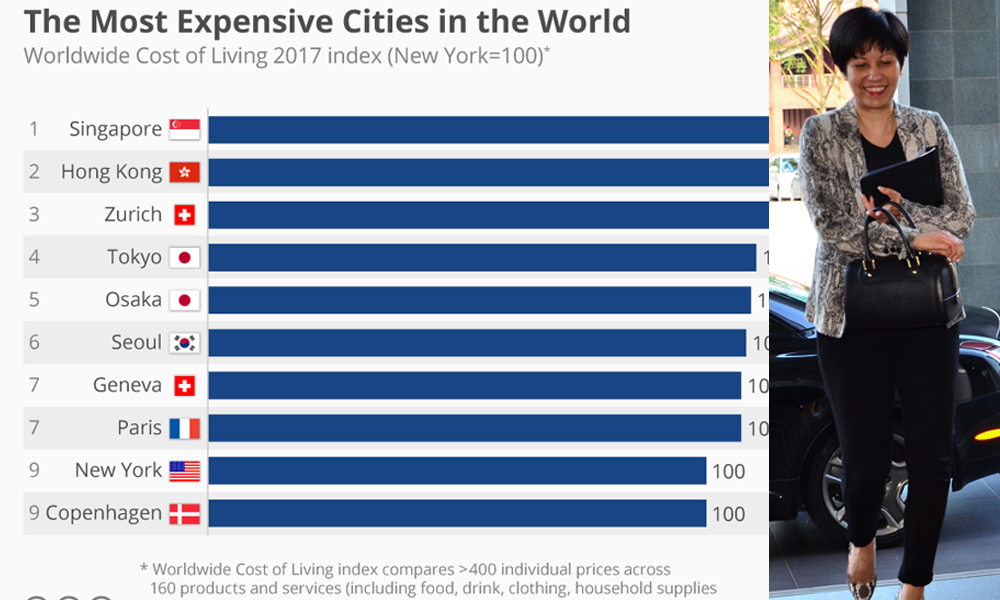 JAY SINGH: Our dear Senior Minister of State, Indranee Rajah, in her rebuttal of WP chairman Sylvia Lim’s “floating test balloons” query, says the government has enough money to spend up to 2020.

In a very long and repetitive note, Mdm Indranee keeps repeating the same points like a broken record, that the government has enough money, and has enough revenue to spend up to 2020.

Mdm Indranee says it because of “prior planning” that the government has “enough money” to spend and only needs to raise GST from 2021.

So my question is why is there a need to burden Singaporeans today with price hikes and more taxes if there is “enough money”?

Last year, we had a 30% increase in water price, and I don’t buy the government’s explanation that it’s meant to force people to “save water” because that sounds like total bullshit as there’s many other ways to encourage water-saving behaviour without raising prices.

At that time, Mdm Indranee said that the water price hike will have minimal impact on prices of coffee and tea and the coffeeshop.

Today, would Mdm Indranee like to kindly eat her words?

Or maybe she does not frequent coffeeshops and hawker centres and does not know how much prices have gone up.

The government builds HDB flats with lifts included, then it says that the lifts need more maintenance and repairs, then it asks us to pay more for S&CC?

If the government has “enough money”, then why doesn’t it just fix the lift problems itself since it caused the problems in the first place?

Why “tax” us more by raising S&CC to pay for lift “maintenance” (if spoil say spoil lah, what maintenance)?

Then, in Budget 2018, the government it will raise maid levy costs by 30 percent.

And, it raised the tax on cigarettes by 10 percent.

This is to encourage smokers to quit smoking?

All these measures to raise revenue will impact the Average Singaporean, whether directly or by trickle-down effects (like kopi siu dai prices).

Mdm Indranee talks as though GST is the only way the government raises revenue.

Even without the GST hike, Singaporean today already feel the pinch due to other government measures to raise revenue before 2020.

So, where is the “prior planning” so that the government has “enough money” that Mdm Indranee talks about, that was preached by the PM and his merry men before the 2015 General Election?