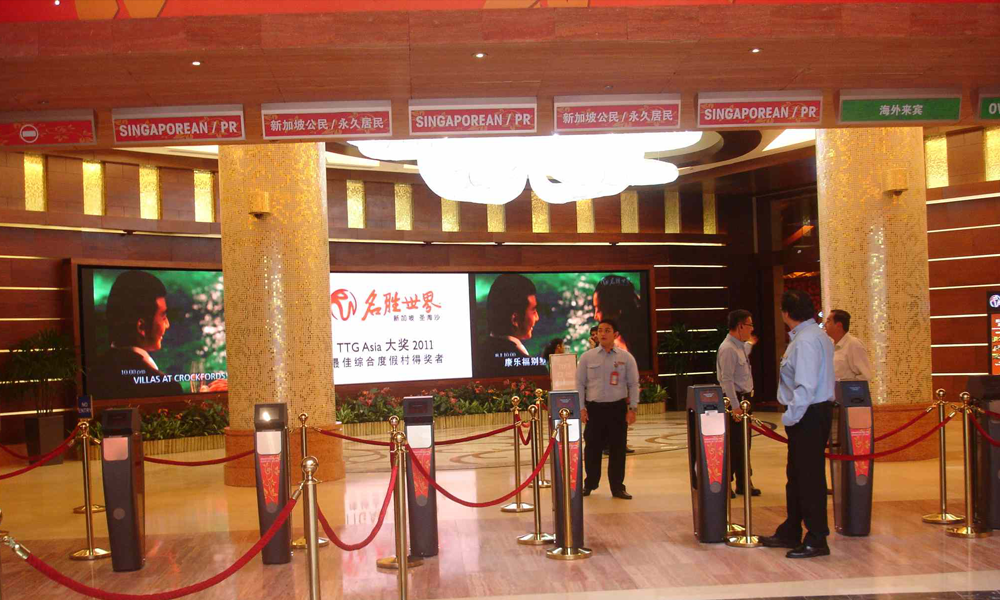 Casino entry levies have been raised by 50 percent, following the lowest-ever collections since the casinos at Resorts Wold Sentosa and Marina Bay Sands were opened in 2010.

Singaporeans and permanent residents will now have to pay S$150- up from S$100 – to enter these casinos for 24hours.

This government says that it is raising the levies to keep problem gambling under control.

Many have questioned the purpose of the increase, if the aim is to deter problem gambling.

“Increasing the daily levy by S$50 is not going to deter gamblers. That’s wishful thinking.”

“If the government is serious, then it should put a limit on the number of times a Singaporean can visit the casinos. I don’t think they can claim that this increase causes less people to want to gamble.”

Some believe that the government’s aim is to increase Tote Board takings rather than deter problem gambling.

“The drop in collections by S$44 million per year is almost enough to pay ministers’ salaries for a year. It’s not a small sum hor!”