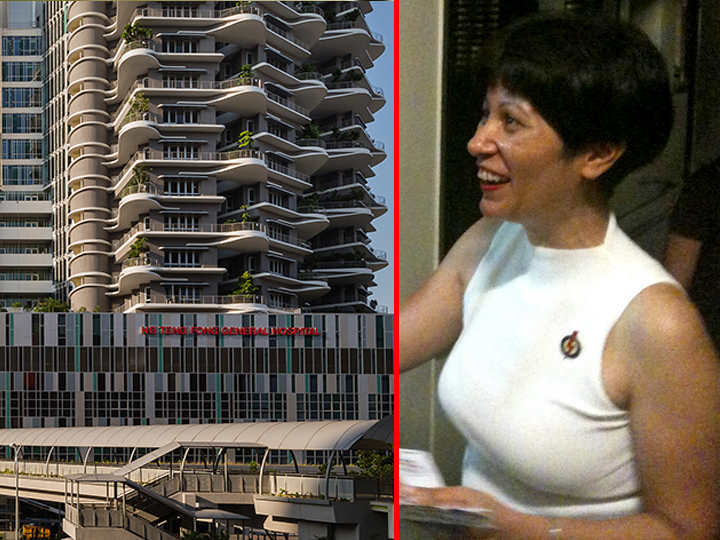 Indranee Rajah quashed talk of further investigation into the Ministry of Health’s improper payments amounting to some S$4.08 million, which was flagged by the Auditor-General’s Office in its report for 2016-17.

In parliament yesterday, the Senior Minister of State for Law and Finance said that the audit can trigger a forensic investigation, but only if there is reason to do so.

Such reasons include conflicts of interest, payment to related parties or if a single person submits a payment request, approves it and makes the payment himself.

In the case of the Health Ministry, Ms Indranee said there will not be a forensic probe in cases where there are proper procedures and the lapses were due to human error.

“It is quite correct for MOH to say that the audit did not in this case disclose evidence of fraud.”

The AGO found that the MOH paid S$4.08 million to “supervisory staff” without making sure they were needed, and that the money was either not obtained, obtained from the wrong authority, or sought only after work had started.

The MOH replied that it was “not aware” that its agent had separately engaged site supervisory staff for the building of the Ng Teng Fong General Hospital, and that it came to know of this only much later.

Besides the s$4.08 million problem, the MOH was also found to have made wrongful payments under the ElderCare fund resulting in the overpayment of S$48,000 to 2 service providers, while 2 other providers ended up claiming a total of S$12,300 less than they were supposed to.

And besides the S$4.08 million problem and the ElderCare fund over and under-payments, the MOH was also flagged for  irregularities in seeking approvals for 40 changes to contracts amounting to S$3.76 million in 10 other projects.

The MOH said that there were no indications of fraud or corrupt practices which warrant further investigation, or deliberate wrongdoing by the persons involved in the projects.

Ms Indranee was responding to Workers’ Party MP Png Eng Huat, who had asked whether the AGO will direct government agencies found to have lapses to investigate improper payments and recover the money.

Mr Png also asked for the basis on which the Health Ministry had concluded that there was no fraud in the ministry’s accounts even though the AGO had found lapses in the ministry.

Ms Indranee said that the rules and processes in place at the MOH were adequate but they were not complied with, and took a swipe at Mr Png, saying he “may have misunderstood the nature of an audit”

She added that the nature of the AGO audit is it selects samples from the accounts, looks at them and considers whether the system as a whole is robust.

“And if it picks up a point that the system in itself has got inefficiencies or deficiencies, it will highlight it.”