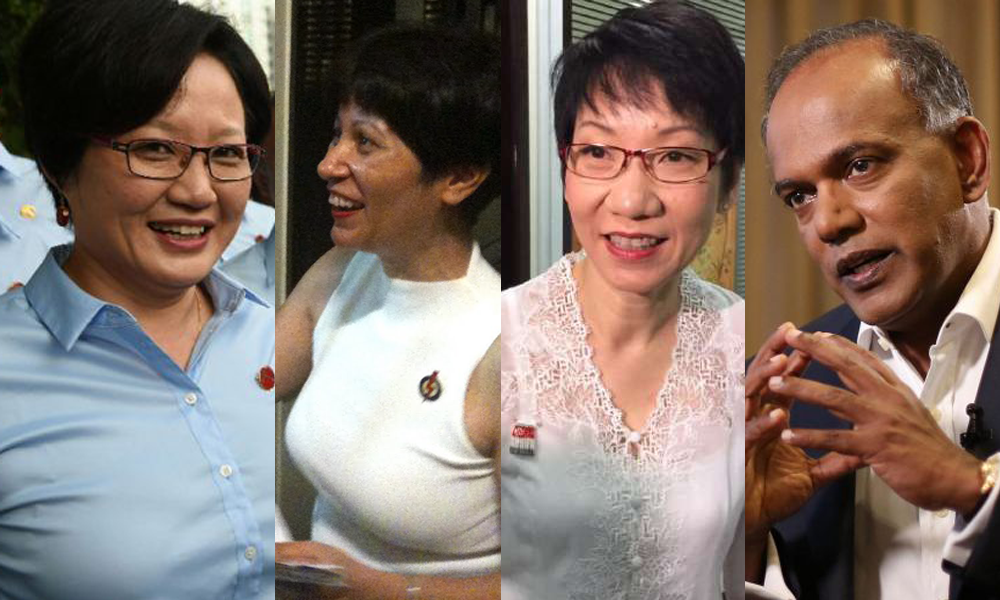 EUGENE TOH: One Law Minister, one Senior Minister of State for Law, one Finance Minister, and this Grace Fu minister, all ganging up like a pack of hounds on Sylvia Lim.

But how much is all this petty bickering costing Singaporeans?

One minister’s salary, assuming it is S$1 million a year, costs taxpayers S$2740 per day.

Actually, it is more, because no minister works 365 days a year, and also because we’re taking a modest estimate of 1 million bucks a year per minister (which would just work out to cover our Senior Minister of State’s annual wage for the purpose of this estimation.

So, assuming each person paid due care in crafting their “let’s force Sylvia to say sorry” speeches and texts, we’re looking at S$11,000 and still no golden apology from the Workers’ Party chairman?

This doesn’t include wages of lower-rung staff who have to do the bidding of these high-flyers.

How many more S$2740 per day wages are going to be devoted to this “sorry” wayang?

Shouldn’t explanations from 4 parliamentarians be enough testimony to the government’s character?

Is there a need to waste taxpayers’ money on squeezing out an apology?

Floating some test balloons, I have the suspicion that our taxes are going towards funding bullying behaviour.