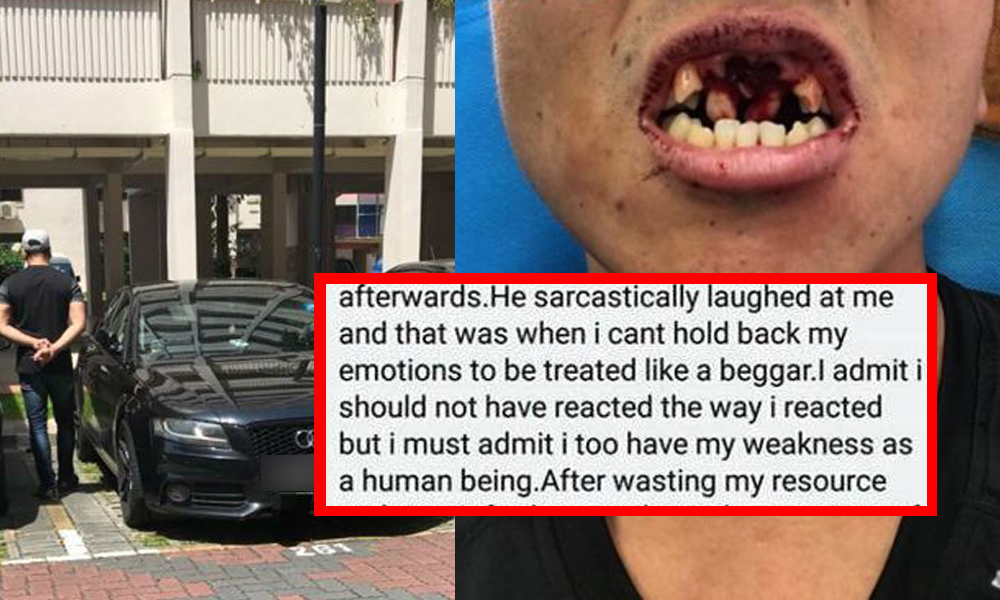 The Grab driver who punched a passenger and knocked out 4 fours of his teeth over a trip cancellation dispute says he was provoked and acted in a moment of anger.

The passenger, “Henry”, says a dentist who checked his teeth said he might require dental implants and surgery, with costs expected to hit up to S$30,000.

“I can’t talk or eat well, and the pain has given me a lot of discomfort.”

Henry says he has contacted Grab to ask for compensation for his dental bill.

The dispute took place on Saturday (12 May).

Henry had not indicated that he had a young child travelling with him when he booked the Grab ride, and he was rejected by the driver of a black Audi who was supposed to pick him up.

Henry says that he was about to cancel the trip when he was verbally abused and punched.

However, the Grab driver says that Henry had mocked him, booked another ride, and refused to cancel the initial booking, and as a result he couldn’t pick up other passengers.

The driver said that Henry’s behaviour provoked him into the teeth-busting punch. 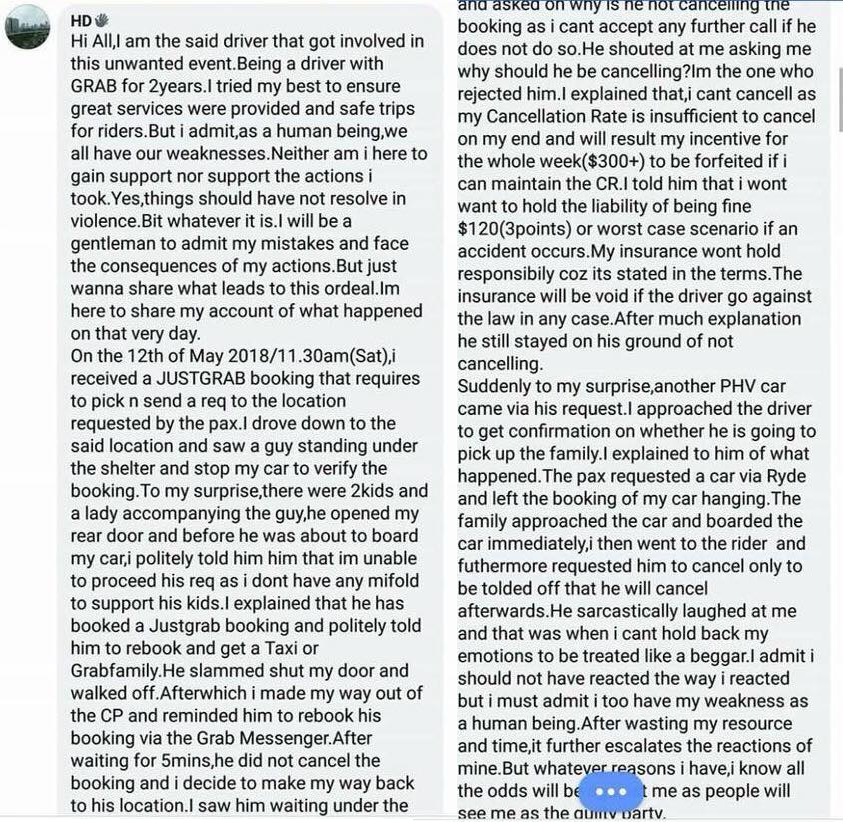 Grab says it does not condone its drivers delivering teeth-busting punches.

“The safety of our customers – drivers and passengers alike – is our absolute priority, and we do not tolerate such behaviour.”