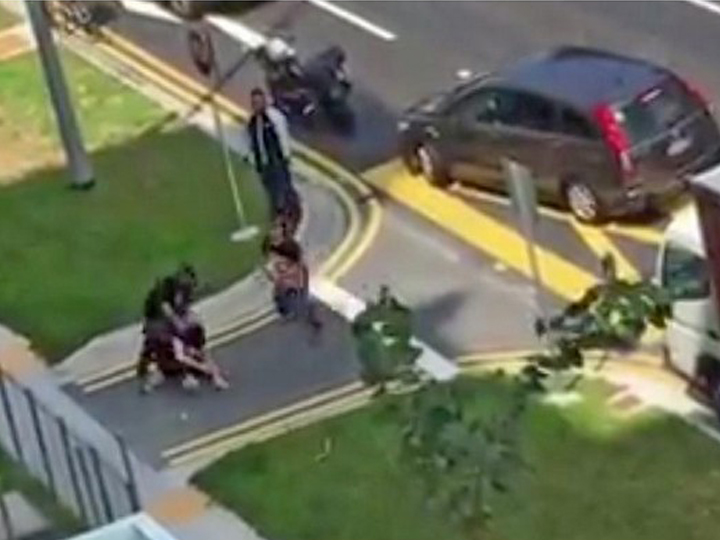 A 25-year-old Grab driver was literally hammered by a hammer-wielding man because he returned the man’s lost handphone 2 days after it was reported missing.

The incident took place on Monday (5 Jun) at around 10am.

The Grab driver said he sent to male passengers to Bugis on Friday night (2 Jun), and when returning home, received a notification from Grab about a missing handphone.

He checked and found the phone in his car, and managed to contact the men about the phone.

The Grab driver said he gave them his address and told them to go to his house to pick it up because he would be busy ferrying passengers over the weekend.

“They refused and kept calling me and even said they wanted to report me to Grab. This made me so angry I wanted to throw away the phone.”

On Monday, he drove to Geylang Lorong 22, where they had arranged to meet for him to return the phone.

A man who was dressed in a black shirt took the phone from him and paid him S$25 as kopi money for his efforts.

Then all of a sudden, a man in a blue shirt appeared waving a hammer.

The man in black shouted at the Grab driver, telling him to run.

The driver then dashed into his car and tried to drive off, but the man in blue caught up and started hammering his car.

That’s when the driver got out and confronted him, saying he had taken his own sweet time to return his handphone.

“He kept shouting that I didn’t return the phone for so many days and so he couldn’t work.”

A shoving match erupted into a fist fight and the Grab driver managed to pin the man in blue to the ground.

A passer-by managed to snap shots of the scuffle (above).

The Grab driver says he has already made a police report over the incident.