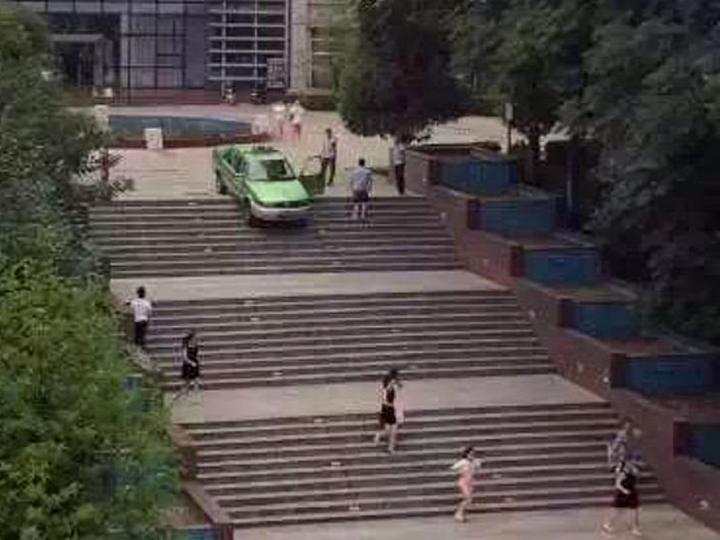 This isn’t a screenshot from Grand Theft Auto 5, nor is it an attempt by a cabbie to flee a fake degree mill.

Rather, it’s an overly kan cheong (anxious) taxi uncle who hit the throttle and sped down a flight of steps at a university in China’s Chengdu city. 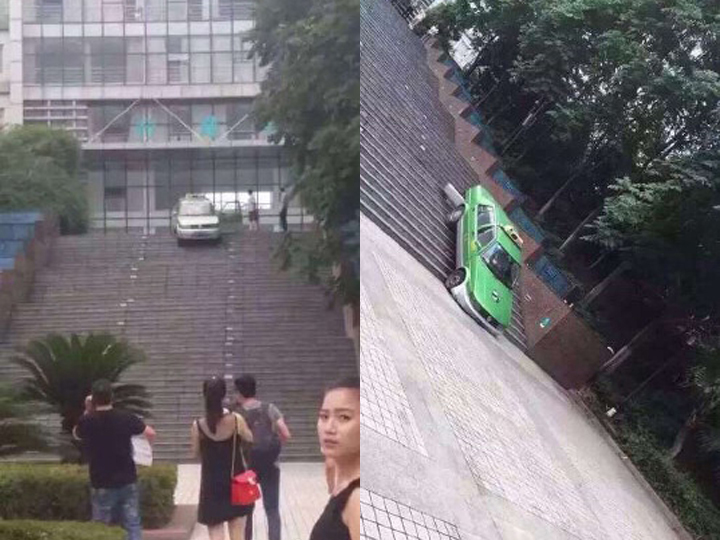 It’s not clear how the kan cheong spider found himself trapped on the top three stairs of the stairway inside the university campus.

But and seeing no way out, he decided, “ta ma de, just take the stairs lah”.

Students apparently advised the taxi driver to wait for a tow truck, but nah, tow trucks are for wimps.

The taxi suffered a torn bumper, and a licence plate that fell off.

But like John Wayne riding his steed into the sunset, so too did this cabbie, wondering what all those darn educated university kids are making such a big fuss about. 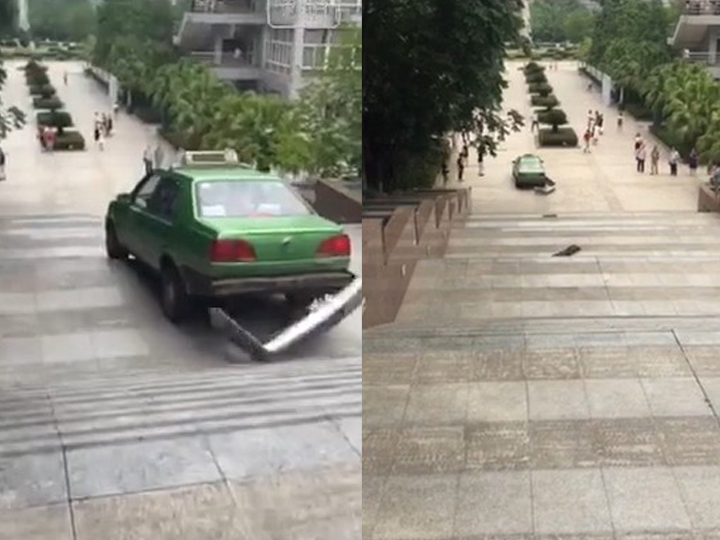