How far would you go to defend you house, especially if you’re one of the minority forced into an en-bloc sale. We’ve heard of dirty tactics being used on your kind to drive you out. Such as…

(1) The Glue in the Keyhole Tactic

Usually used by Ah Longs and occasionally by crafty, unscrupulous repairmen who then advertise their services. But what’s stopping neighbour with an axe to grind, glue to spare, and millions to make? 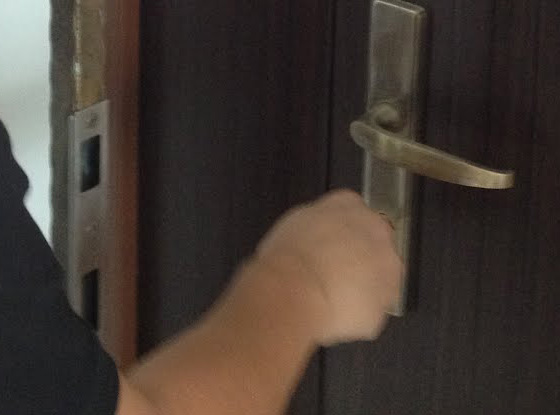 Some unfortunate home-owners would wake up on Sunday morning, scratch their asses and go out to collect the newspapers – only to find a bag containing a yellow substance that smells like, well, good old familiar piss. That should totally piss your off enough to sell your apartment, or so they think. 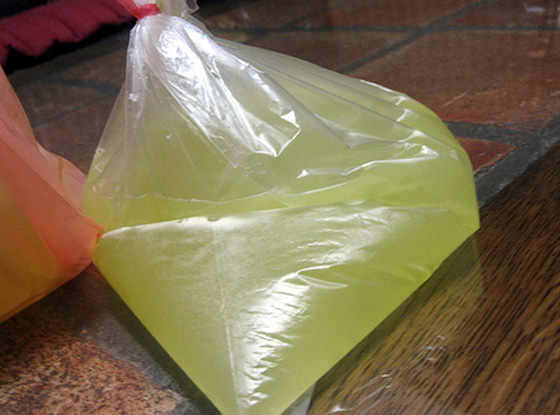 Ok, this never happened, but we wished it would. At least I do. When my wife isn’t home. 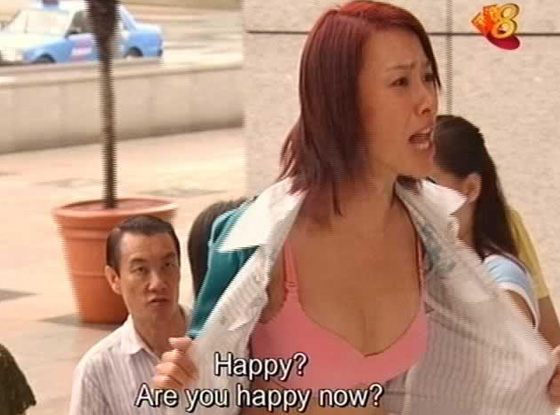 It was either boom or bust for some agents

Singaporeans are best known for our passive-aggressiveness. Why punch or stab, when you can stare and criticise. Eg “See lah, this kind of people, parents never teach, so selfish, so childish, got money don’t want to make, kia see, kiabor, kiachenghu…” That is an unfair comment – all Singaporeans kiachenghu, not only you or me. 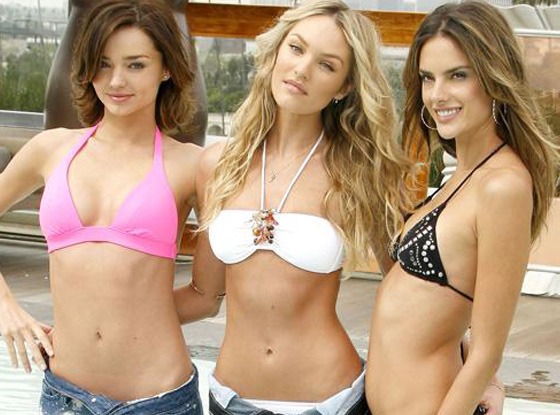 Since we’re on the topic of two-pieces…

But Singaporeans are lucky. We can get away with these dirty tricks. Just don’t mess with Texan great-grandmothers. 90-year-old Eleouise Adcock a US SWAT team at bay for 4 hours while sitting on her front porch with a 12-gauge shotgun in hand.

A shootout followed and the little old woman blasted the heads off 4 cops before running for the hills. No, actually the nice policemen coaxed her and very gently took her into custody.

Adcock lived on the banks of the San Jacinto river for 40 years, only to see a barge company buy up lots along the waterway to erect a towing complex. She is the last holdout and has refused several offers by the company to sell her land. 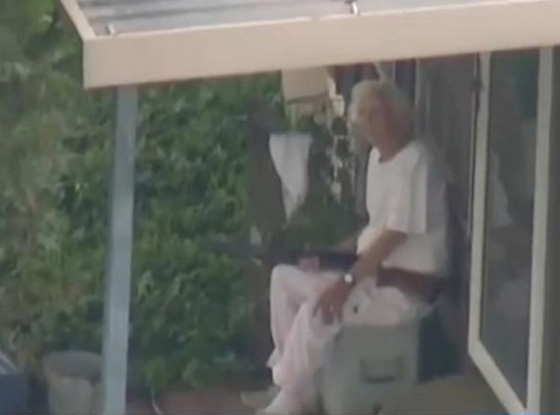 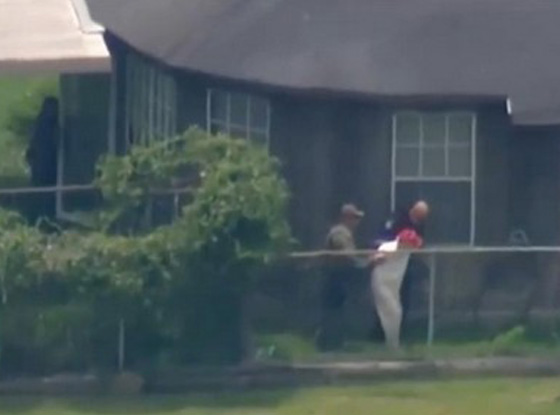