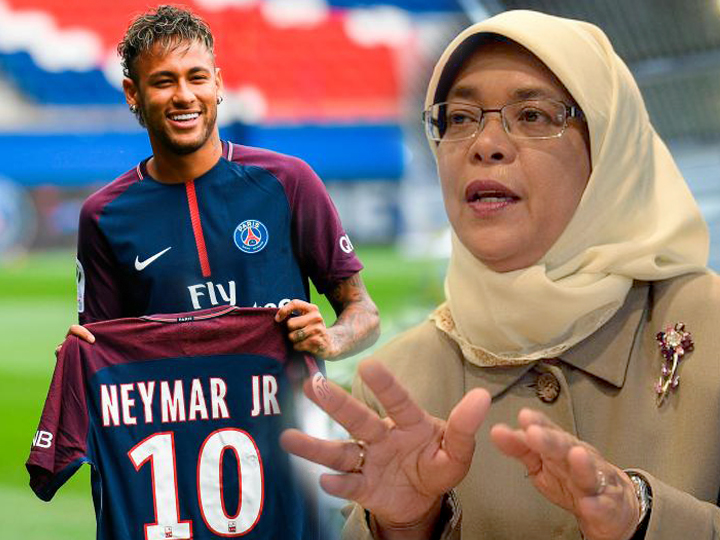 IDRIS: Okay, we’re going to be direct now say that no way in hell Halimah matches up to Neymar, not with that hairdo at least.

Potentially ah, while everything looks set, nothing has been confirmed yet.

(1) “According to Experts, it’s Not Just about Money”

Yeah, because every big-money transfer move in the football world and beyond has always been about “a new challenge”, “being able to perform at the next level”, “

Yeah, Mdm Halimah is going to take home S$1.54 million a year (up from S$550,000 as Speaker of Parliament) if she becomes President, whichever home she chooses to live in.

So in 6 years, she’ll be getting 9.24 million big ones (salary only sayang, not including other perks).

That’s a pittance compared to Neymar, considering she’ll be Head of State for the most powerful nation in the world*.

The world’s possibly most expensive footballer will be drawing S$64 million a year, and his transfer fee is a whopping S$355 million.

At least if she wins, Mdm Halimah will get a free transfer from Marsiling-Yew Tee lah.

*when it comes to cow beh cow bu-ing about everything under the sun. 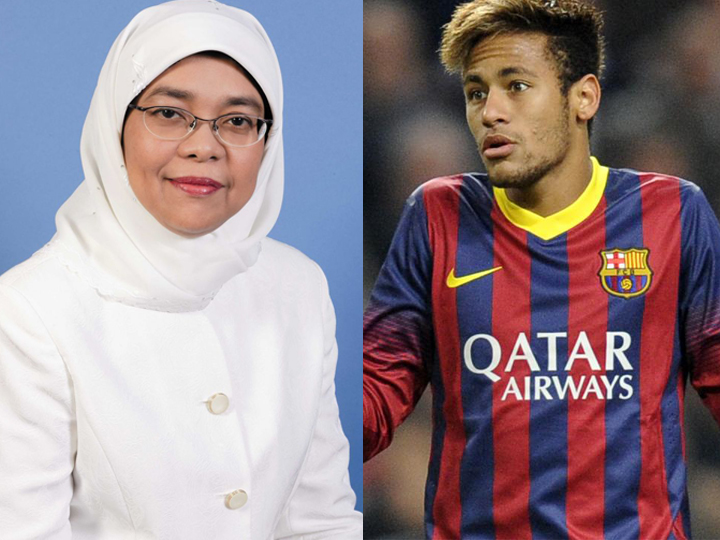 Neymar’s move to PSG has been messed up because Barcelona won’t hand over his transfer certificate.

For Mdm Halimah, it’s whether the Community Committee has the balls to certify her again as “Malay” after so much public backlash over her “half-Indian” status.

You realise ah, Mdm Halimah has never waved her IC in public and said, “Susa lah all of you, cow beh cow bu so much. See, under race, ‘Malay’.”

Nope, it’s “I’ve been certified 4 times a Malay candidate in the GE”.
But if she clears the paperwork, how do you think Mdm Halimah will hold up against the Mr Salleh “Saya Tak Cakap Melayu” Marican, and Mr Farid “Best of Love from Pakistan”Khan?

“In the dressing room, Neymar’s exit has long been considered a real possibility…” reports The Guardian.

Yeah, at least Neymar had the balls to be open about his intentions.

I mull… I mull again… and then boleh lah I contest (you can’t really blame her for not having the balls lah, you know…)

But long before that, actually already more or less confirmed she’s going to run. 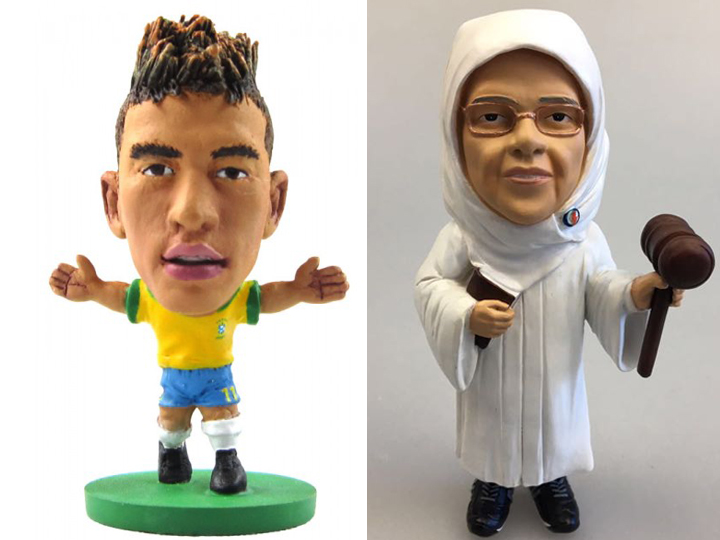 Here in the Lion City, only voters can block Mdm Halimah from becoming President (unless walkover then too bad lah).

Local Malays have objected to the “tokenism” of having an election reserved for Malays only.

And, even fervent PAP supporter Calvin Cheng has advised Mdm Halimah to stick to her day job as Makcik of the Masses in Marsiling-Yew Tee.

In spite of everything, the result is pretty clear to see.

Neymar will go on to play for PSG.

Let’s just say a PAP-endorsed candidate has never ever lost in the Presidential Election.