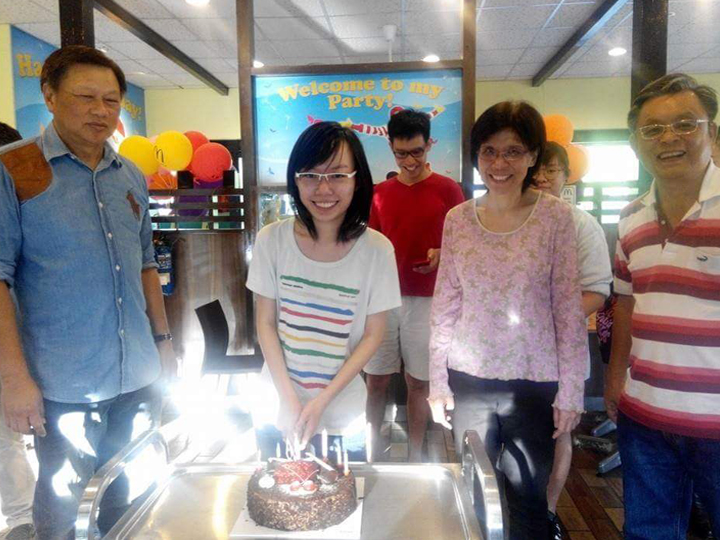 Han Hui Hui, the young lady at the heart of the “Hecklegate” affair at Hong Lim Park earlier this year, has announced her decision to contest in Radin Mas SMC.

The blogger and social activist has been spotted picking up nomination forms from the Elections Department, signalling her intent.

23-year-old Han says is important to prevent a walkover in Radin Mas, though she looks set to lead the SMC into a 3-cornered fight with the PAP’s Sam Tan and a yet-to-be-announced candidate from the Reform Party.

Explaining her decision to contest in the coming General Election, she said:

“Radin Mas is the closest SMC to my home in Queenstown. Radin Mas SMC is one of the PAP’s strongest SMC winning 67.1% of the votes in the previous election. Nonetheless, I will step forward and voice out the concerns of Singaporeans, for the elections is the time when our voice should be heard.”

Ms Han has called for donations to help her, and her team, with their cause.

“We are also looking for 10,000 Singaporeans to help us with the cost of organising two rallies at Radin Mas SMC. All transactions will be published for transparency and accountability.

Please support by giving a dollar and contribute to POSB Savings 279-12328-0. Together we shall unite to bring change and have our voice in parliament.”

Ms Han has been active as co-organiser of several “Return My CPF” protests held from 2014 to 2015.

Her claim to fame came after one rally where she was accused of heckling mentally handicapped children from a YMCA funfair held at Hong Lim Park on the same day.