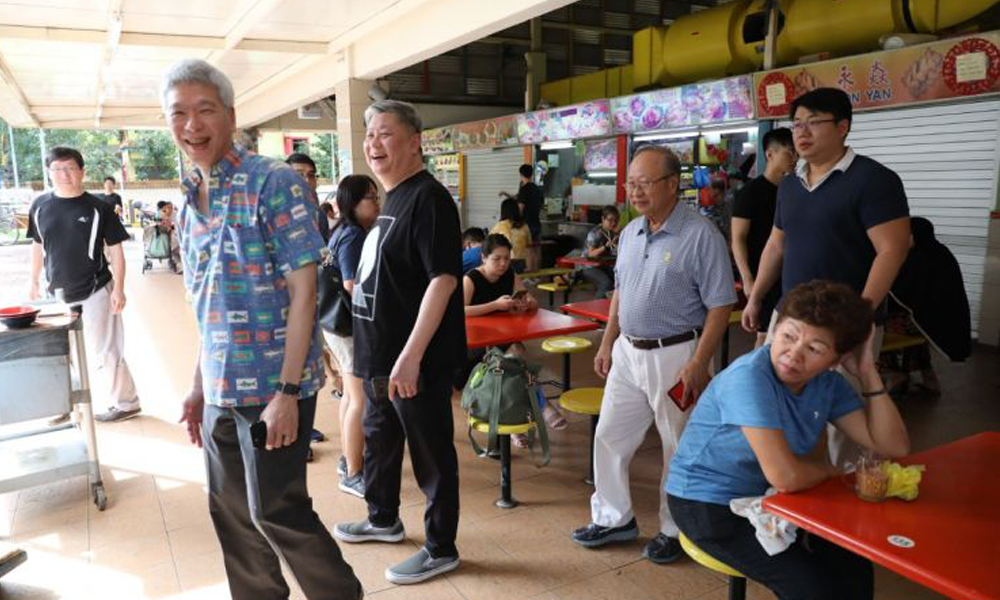 The niggling question of course is – why the hell would LHY even want to sit down for a meal with Tan and his posse?

And, did LHY know that Big Brother would be watching?

He never got to take part in the parliamentary hearing (even though he stated he has much more to reveal if invited to by the authorities) which saw Big Bro Lee giving his side of his story unopposed, and had to turn to social media to voice his discontent together with younger sister Dr Lee Wei Ling.

In what has become the biggest family scandal to hit Singapore since independence, the 2 younger Lee siblings accused Big Brother of using the “organs of the state” to bulldoze his way through what he thought was right for 38 Oxley Road, allegedly against the late LKY’s wishes.

Eventually, Big Brother got his wishes pertaining to 38 Oxley road – few would have expected otherwise.

But if LHY believed that the “organs of the state” under Big Brother’s watch were monitoring him, whay did he then agree to dining with Dr Tan at a public area where they would be recognised?

Dr Tan has since signalled his intention to contest in the upcoming General Election on the side of the opposition, and has held talks aimed at building an opposition coalition similar to that of the one in Malaysia that overthrew the Najib-BN adminstration.

On LHY’s end, his son Li Shengwu, a top academic based in the US, is currently is currently facing criminal charges for subjudice over a private Facebook post.

Could that be the last straw for LHY, who together with younger sis Dr Lee Wei Ling branded Big Brother a “dishonourable son”?

Has he been “bullied” to the extent of rebellion?

Going back into the 1950s, the PAP under LKY was the “opposition” and had to fight mountainous battles to gain control of the political leadership which it has grasped up until today.

With opposition supporters desperate for a messiah, to the extent of bequesting Woody Goh to join the opposition as a Singaporean version of Malaysia’s Dr Mahathir, LHY would be warmly embraced especially for the dirt he can dish on the Lee family as he did during the 38 Oxley Road saga.

The question is, is he ready to step up.

Let’s not forget that the late, esteemed JB Jeyaretnam was sued and bankrupted because of comments on the campaign trail.