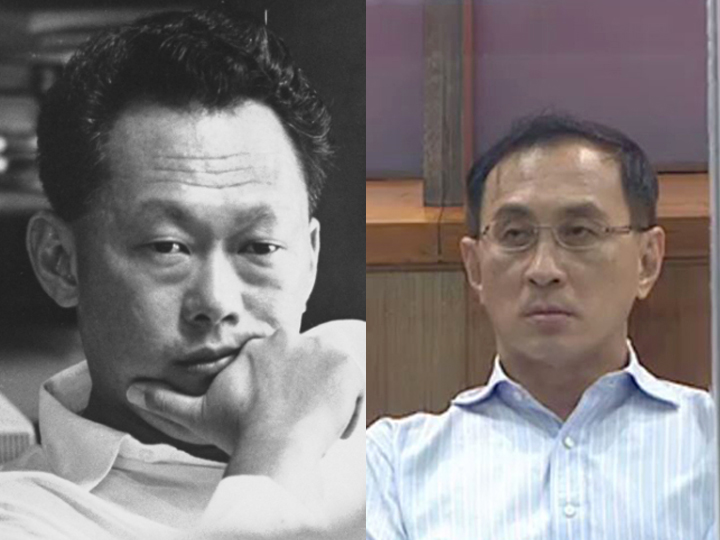 It appeared that Khaw was even apologetic to an extent, that our former Chief of Defence Force had to be mobilised to take on what’s been called a thankless job – for about S$2 million a year in salary.

But what’s more worrying is the close relationship that the government has appeared to have developed with SMRT, a private enterprise recently bought over by Temasek Holdings.

If anything, the government should be firmly taking such firms to task if they have failed Singaporeans, rather than the occasional slap on the wrist in fines.

Because, really, what would Singapore’s first-generation leaders, headed by the hard-headed Lee Kuan Yew, have done?

For starters, Lee Kuan Yew wouldn’t have just whacked Desmond Kuek in parliament – he’d probably just boot him and his management-level cronies from the SAF out and install people capable of running our trains efficiently. And make an example of them while at it!

He would have possibly jailed the b*stards from maintenance who preferred to slack rather than ensure the safety of commuters. Just so, you know, that everyone knows not to toy with lives because there’s a difference in consequence between falling asleep in parliament and making sure trains don’t f*ck up big time and kill people.

LKY, being one demanding b*stard himself, would have never have let our rail system degenerate to the state of being “shared” between a private firm (SMRT) and the government. There’s an inherent conflict – profit-maximisation for shareholders versus efficiency-maximisation for commuters. The government’s move to reclaim rail assets is a move in the right direction for commuters, but its effects will take many years to bear fruit.

LKY always preferred to govern with a big stick rather than dangle carrots all around. Bonuses for doing your job properly, like what the current government is doing with its kids-glove handling of SMRT? No way, since you’re EXPECTED to do your job!

And of course, what do you think LKY would do with the LTA – the regulatory body in charge of making sure land transport (trains included) runs efficiently? Do you think he’d just publicly announce that there were no lapses in the LTA, everyone there is safe, and pin all the blame on SMRT for its chao keng, bo zho gang antics? LKY would likely clean up his own house first, then use that big stick to whack the next guy!

So therein lies the worry – the government of today has promoted and maintained a non-antagonistic attitude towards SMRT, which some have said is too cosy for comfort. Meanwhile service standards continue to drop – at least at the commuter’s level of perception that’s how it feels despite all those statements that things have improved. Has the government forgotten that its job is to be accountable to the public, and part of that job is to get tough with those who fail us?

You know, because votes come at a price.