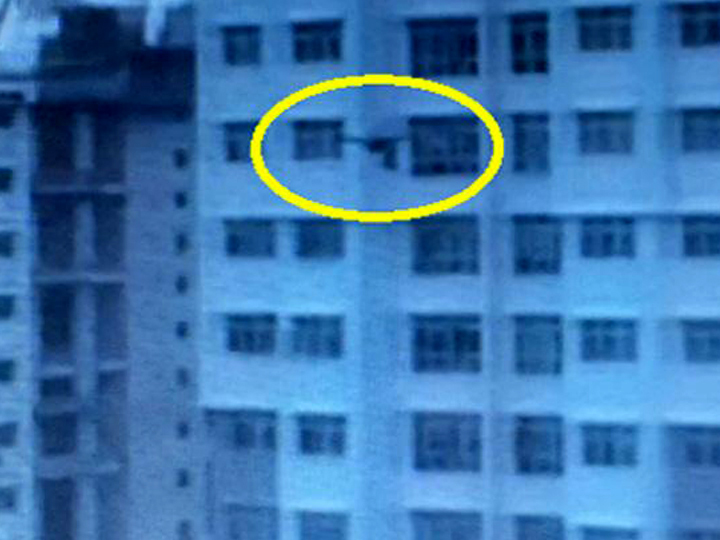 Imagine looking out of your apartment at 10.30pm… and seeing a drone staring back at you with a camera attached to it!

Some residents of Woodlands Dew and Woodlands Meadow expressed shock and rage, upon such a sight.

Was this a voyeur, or a peeping tom at work?

Residents felt that their privacy was invaded, and feared that they might have been caught at some of their most private moments, given the time the drone was filming the units.

The Unmanned Aerial Vehicle (UAV) was spotted hovering around the 10th floor of some HDB flats, on the 14th of this month.

A man was seen on the ground floor near to the flats, controlling the drone by means of remote control. 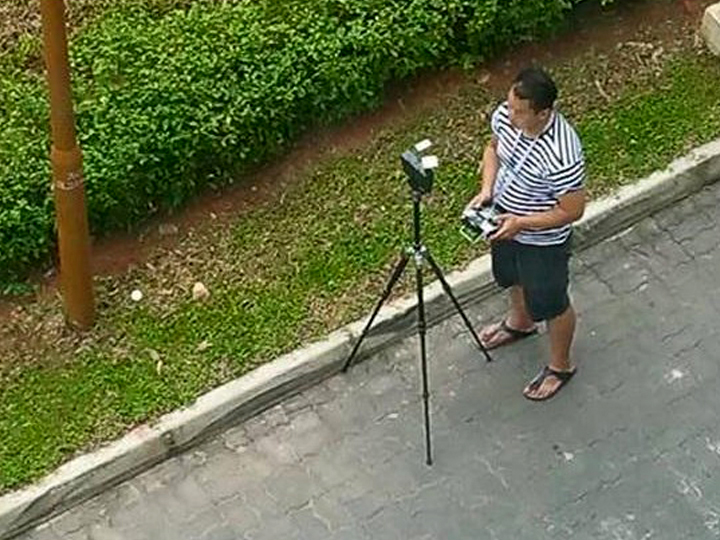 When he was confronted, the man said he was a photographer hired by the developers of the HDB flats to do filming of the flats in the area.

However, he was not able to produce any relevant documentation proving his claim.

Residents say the man appeared again the next day, in the afternoon.

Again, when they confronted him, he could not produce any documents from the authorities backing his claims.

Because of that, residents lodged a police report, and the man is now being investigated for public nuisance.

The contractor in charge of developing the HDB flats at Woodlands Dew and Woodlands Meadow has confirmed that the man is a professional photographer hired to take photos of the HDB flats.

The contractor said that a UAV had to be used, because there were no high-rise buildings in the vicinity of the flats, which they could use to take aerial shots of the development.

A permit has been apparently been filed for with the Civil Aviation Authority of Singapore, but it cannot be printed out as it is an online submission.

The contractor says that the use of UAV photography has previously been done at HDB flats in Punggol, without complaints from residents there.