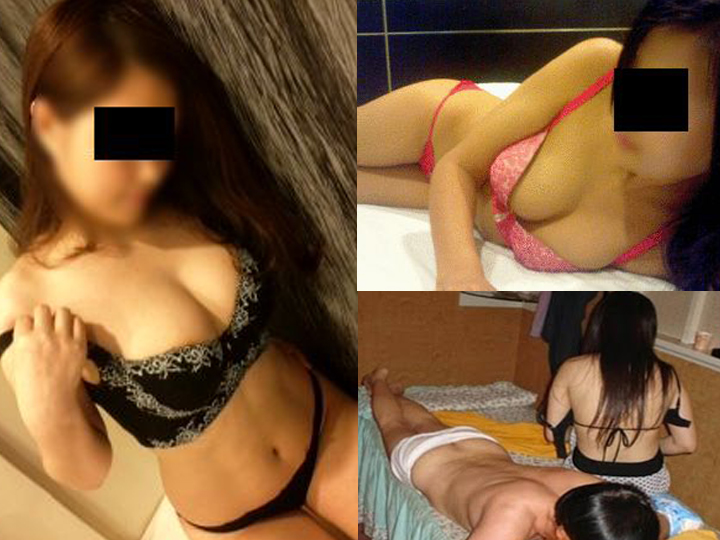 A website claiming to be “Lion City’s No. 1 Beauties”, has a database of more than 1500 ‘pretty women’. It is actually a cover for prostitution, with bases covering northern, eastern, western and central districts in HDB heartlands. The Chinese media reported that the phenomenon of HDB flats turning into brothels is occurring at an alarming rate and raising deep concerns.

Earlier there was a media report of seductive women soliciting through ‘WeChat’, with tag-lines like ‘Men refilling station, women beauty salon’, to provide ‘special services’ to customers in HDB flats at Woodlands area. These advertisements came with pictures of skimpily dressed women in seductive postures.

Following the report, a female reader tipped off Wanbao with a ‘WeChat’ post with link to a website that are full of pictures of sexy women. The reader wanted the media to find out what this website is all about.

Following the web link, the reporter found a site claiming to be Singapore’s largest and number 1 beauties website. The website claimed to upload only authentic pictures of women. Their contact number is listed next to the picture. The site further claimed that they have a network of ‘beauties’ located in the northern, eastern, western and central parts of Singapore.

The reporter then called and SMSed several phone numbers to investigate. The respondents confirmed that they provide “special services” in HDB flats at the various locations. However, they refused to reveal the level and unit numbers of the HDB blocks where they are at.

One of the respondents named ‘Dan Dan’, informed that earlier she was staying in Balestier and has now moved to Blk 462 Hougang Ave 10. During the phone conversation, she was concerned that the reporter could not find the way to her address and patiently provided detailed directions to her block.

Another respondent by the nick ‘Huan Huan’, replied through SMS that she stays at a HDB flat in Woodlands. However, she will only reveal the full address when she sees the customer at the ground floor of the HDB block.

According to those familiar with the special services of this website, these women are very cautious. They will wait till customers arrive at the ground floor of the HDB block and observe through the windows. Only when they are sure that the customers are ordinary ‘Joes’, then they will give further instructions for the customers to go to their exact unit.

An anonymous informant explained that in order to avoid undue attentions, these women would stay only in the upper floors and rent 4 or 5-room HDB units.

“Usually they would choose near to the MRT stations for convenience; otherwise near to factory areas for cheaper rents and regular customers base,” the informant said.

Currently the website has 36 pages, and each page contains 50 ‘pretty women’. After discarding some of the repetitive photographs, it still has more than 1500 ‘beauties’. The site was last updated on 19 Jan 2015 indicating that it is still ‘active’.

Most of these ‘beauties’ are on tourist visas. According to the website, besides women from South East Asian and Asian countries, it also provides European ones.

The informant said that the women on the website are mainly foreigners. But some are actually ‘study mama’ staying in Singapore. There are also a few local younger women.

Usually, the women will get to know about the website by word of mouth, the informant said. The advertisement fee is about $500 per month. They may also advertise on other sites to increase their exposure. Rental goes as high as $5000 a month for 1 HDB room. They will stay and conduct their ‘business’ in the same room.

For a number of these women who thought they could become instantly ‘rich’ by coming to Singapore to do this ‘business’, may be disappointed as after deducting the high costs, including airfares and food, they are left with nothing.

In replying to media query, lawyer Sng Kheng Huat said that owners of the HDB flats run the risk of violating HDB rules and regulations if they know of the illegal activities carried out by the tenants and fail to report to the authorities.

As for assisting the women in the production of the advertisements for sexual services, the person can be deemed as a pimp. The criminal charge for such an offence is much heavier than illegal prostitution.

Any person, either the woman or the pimp, who advertises through any means (including internet or mobile phone applications), uploads or distributes obscene photographs, contravenes Section 292 of the Penal Code and is liable upon conviction, to an imprisonment terms of not more than 3 months, and/or fine.

Despite the wide range of rules and regulations put in place to regulate the proper use of HDB flats, the authorities appear to be futile in stopping foreigners entering Singapore to carry out illicit activities. The greater danger is the spread of diseases through these foreign women.

During the Little India COI, then Commissioner of Police Ng Joo Hee told the committee that there is a serious manpower shortage problem in the Singapore Police Force (SPF).

For example, police resources are so thinly spread out that just maintaining law and order in Little India and Geylang alone “have already stretched police resources to near breaking point”, he said.

He revealed that the size of the SPF has not kept pace with the population increase, said the force would need a further 1,000 more officers so to continue to keep Singapore safe.

And now, with ICA wantonly giving out tourist visas to illegal foreign prostitutes to enter Singapore, it can only exacerbate the law enforcement situation in Singapore.

This story was first published on TR Emeritus.
Send us your stories at mail@redwiretimes.com