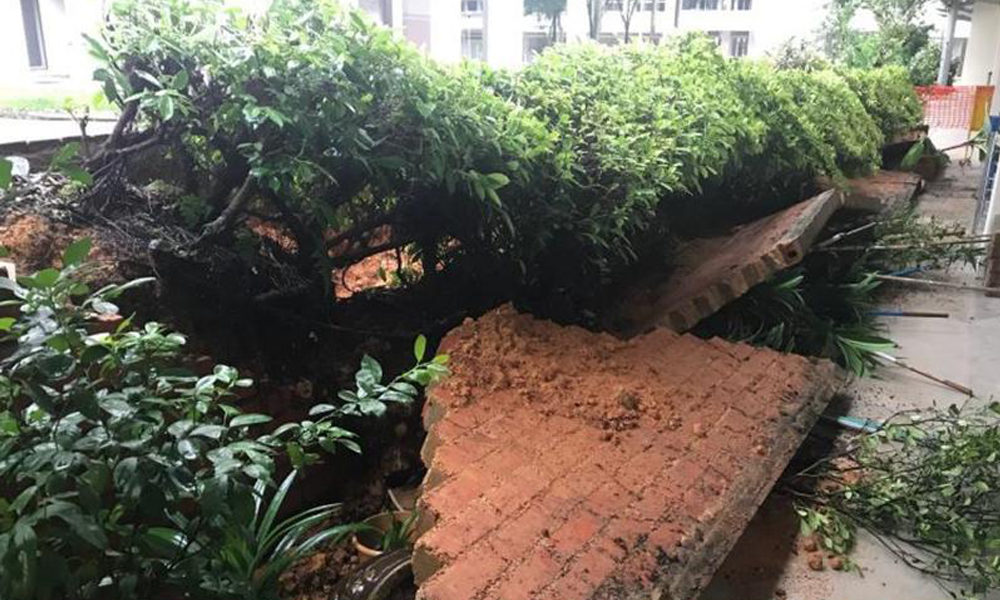 The brick wall of a flower garden at Block 819 Woodlands St 82 toppled on Wednesday (16 May), and a long-time resident has blamed the design of a sheltered walkway for the collapse.

At about 3pm, a ground-floor unit resident heard a loud crashing sound, and discovered that the brick wall of the flower garden in front of his unit had come tumbling down.

Soil in the flower garden was displaced and some small trees had also toppled.

It was raining heavily at the time.

The resident, who has lived there since 1989, said the flower garden was built about 15 years ago, and was intended to serve partly as a “safety barrier” against reckless drivers and protect residents staying on the ground floor.

However, a sheltered walkway was built in the estate about 9 months ago.

The resident said he observed that water from the roof of the sheltered walkway would constantly flow into the flower garden when it was raining due to the design of the walkway.

He believes that this could have resulted in soil coming loose over time and putting pressure on the brick wall, causing it to collapse in Wednesday’s bout of heavy rain. 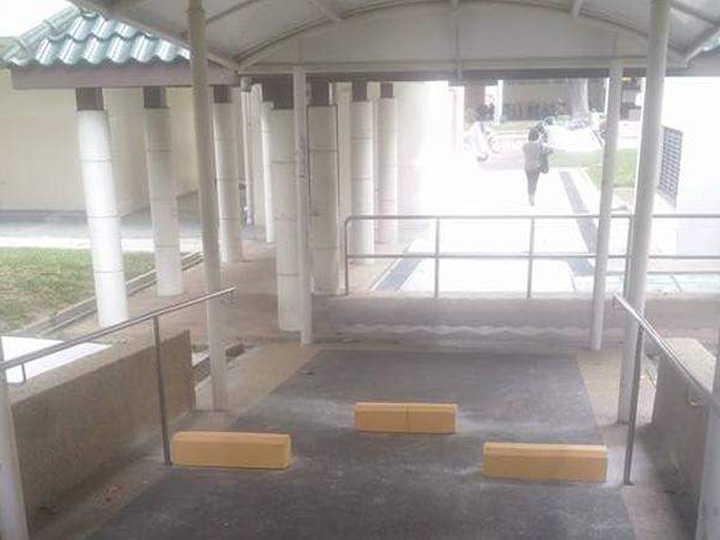 This isn’t the first time the design of sheltered walkways in HDB estates has come into question.

In Bedok North Avenue 4, concrete slabs were erected at a sheltered walkway to prevent cyclists from using the walkway (pictured above) – naturally begging the question of how the hell people like the wheelchair-bound were going to use the walkway when it rains.