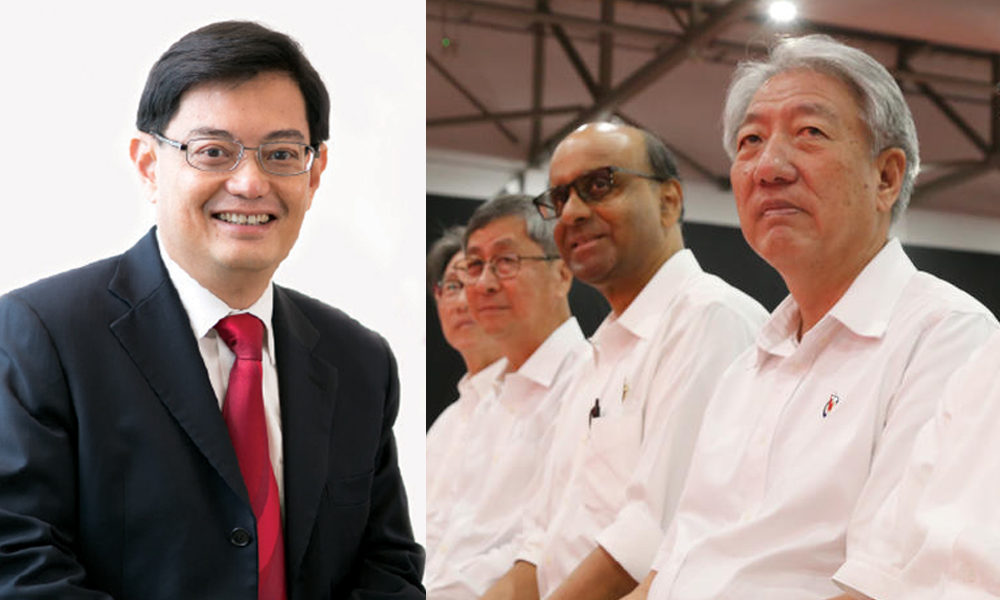 Finance Minister Heng Swee Keat will be appointed Deputy Prime Minister from 1 May this year.

Meanwhile, current DPMS Tharman and Shanmugaratnam and Teo Chee Hean will relinquish their roles and be booted to Senior Minister positions.

The changes, according to PM Lee, are aimed at leadership renewal.

Mr Heng was picked at the ruling PAP’s first assistant secretary-general in November last year, a move that puts him in line to become Singapore’s next prime minister.

PM Lee has said that he plans to step down some time after the next general election, which is widely expected to be held late this year, and must be held by April 2021.