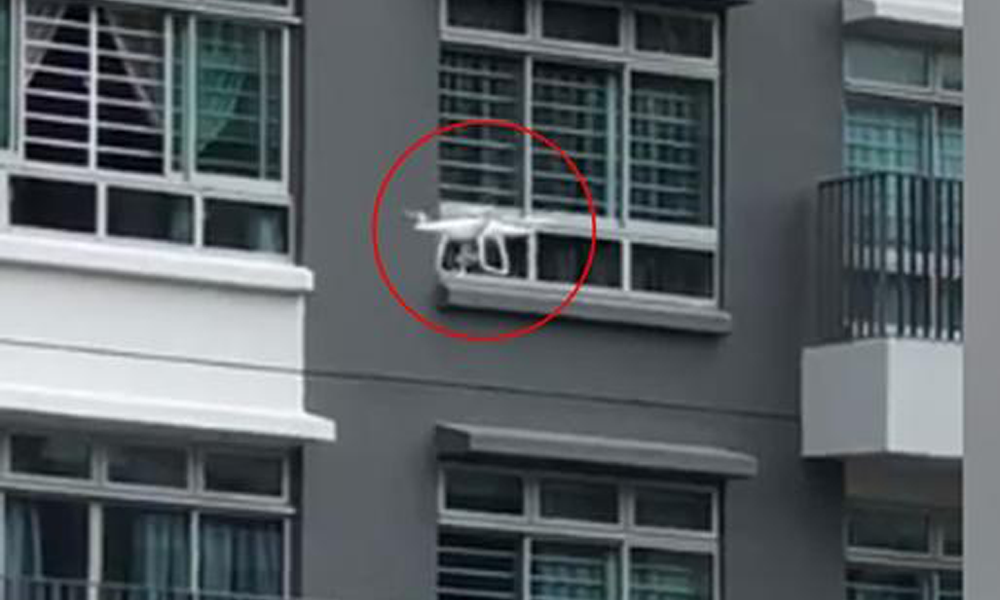 A drone that was spotted flying near toilet windows of HDB flats in Punggol is suspected to be flown by a high-tech voyeur who has perverse intentions.

A woman spotted the drone on Wednesday (12 Sept) when she was at a HDB flat at Treelodge@Punggol.

Mr Lee said that his wife observed the drone hovering near to the toilet windows of flats and that raised her suspicion.

Lee said that when his wife tried to take a photo of the drone, it flew away.

She managed to snap a photo of it when it was hovering near another block of flats.

The open field near to the Punggol HDB flats is a popular place for hobbyists to fly drones, but long-time residents say that the drones seldom approach the HDB flats.

Mr Lee said that his sister plans to make a police report and inform the town council about the drone.