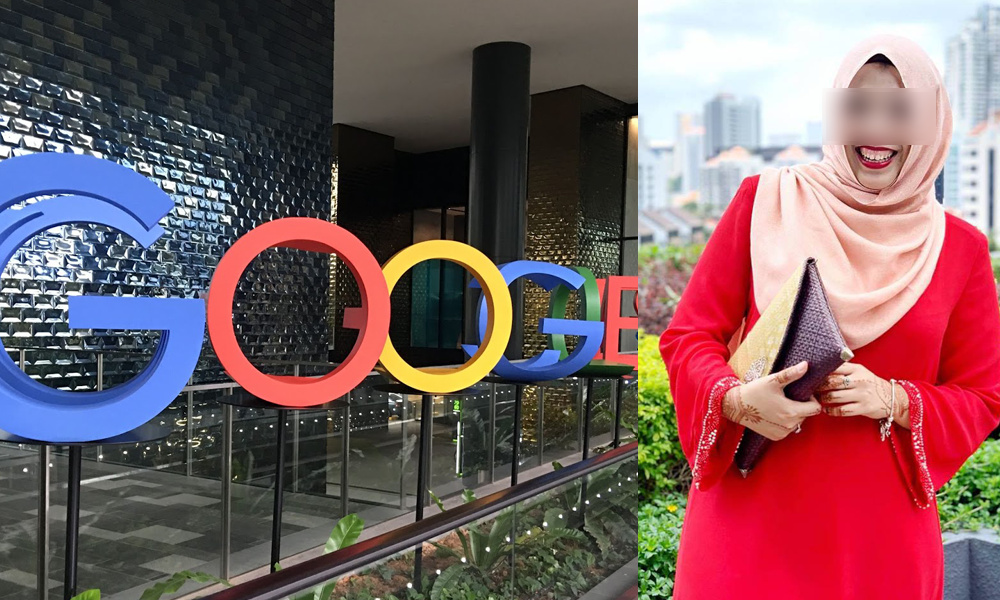 A hijab-wearing lady who works at Google says she felt humiliation and anger when a private-hire vehicle driver assumed that she working at the company’s canteen.

“Today I got into a Grab/Gojek car from the office, and the driver, in the spirit of making conversation, asked:

“Oh you work in the canteen ah in Google?”
I wasn’t sure I heard him correctly. “Canteen?”
“Yeah, the food court upstairs.”
Took me a moment to process what he said and the implications.
“No, I work in Google.”
“Oh.”

My immediate feelings were a confusion of humiliation, anger and indignation. Just because I’m a Malay woman in hijab, it was immediately assumed that I work in the canteen when he picked me up at the office – because surely, someone like me cannot be working in Google, right? Wrong. I was very obviously upset, and the driver didn’t say anything after that.”

There’s nothing wrong about working in a canteen, let’s be clear about that, but racial micro-agressions like this is draining, unfair and points towards stereotypes and judgements made by virtue of your perceived race/group. For some one of us, this is a daily occurrence, and it. is. tiring.”

Atikah said she corrected the driver by challenging his stereotype of a hijab-wearing lady, and has urged the public to do the same for when it comes to unfair stereotypes placed on other marginalised groups in society.

“Micro-aggressions are the brief and everyday slights, insults, and denigrating messages sent to people perceived to be of particular groups by well-intentioned others who are unaware of the hidden messages being communicated. Sometimes they are casual jokes, offhand remarks and thoughtless behaviour.

These messages may be sent verbally (“Oh you work in the canteen?/ That female leader is such a bitch”), nonverbally (moving seats when someone of a particular race, religion or gender sit next to you) or environmentally (a workplace that is predominantly a single group, conversations that are done in a language that excludes some in the workplace). Micro-aggressions can be based upon any group that is marginalized in this society – racial, gender, sexual orientation, religion, disability etc.

The key here is the unawareness of the communicator, and how it may be seen as trivial and one-off. But here’s the thing: micro-aggressions are active manifestations or a reflection of our worldviews of inclusion/exclusion, superiority/inferiority, and desirability/undesirability. Much of this is outside the level of conscious awareness, thus we engage in actions that unintentionally oppress and discriminate against others.”