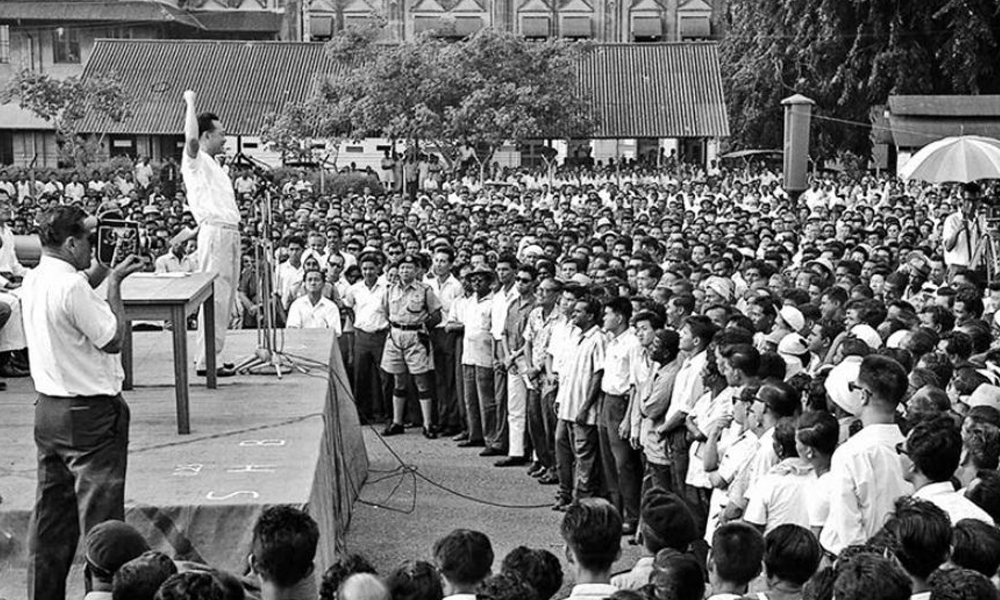 The riot, which saw 4 people killed, is one of the worst riots in Singapore’s history.

Citing Special Branch (the precursor to today’s Internal Affairs Department) reports in his follow-up submission to the Select Committee on online falsehoods, Dr Thum said that that Singapore Special Branch documents would have the “best evidence” on communism in Singapore and yet none were presented during the hearing,

In his latest submission, he wrote that the Hock Lee Bus Riots were a result of the PAP’s manipulation of workers for political gain :

“1. The Hock Lee Bus Strike (May to June 1955) and the lack of MCP involvement (line 5591).
On 30 March 1955, Special Branch reported that it had successfully arrested the leader of the MCP’s labour infiltration branch (“E” branch)–just nine months after arresting his predecessor–and confirmed that the ‘“E” Branch was no longer an effective unit of the MCP in Singapore.’[2] In analysing the Hock Lee Bus Strike, Special Branch concluded that the strike was due to the PAP political manipulation. It emphasised that the PAP was using workers for political gain: ‘The PAP have continued to seize every opportunity to exploit industrial unrest and obviously intend to take advantage of all the freedoms extended by the new Government since gaining power’[3]and ‘There has been increasing unrest among workers during the month but no direct indication that this is due to MCP agitation. The PAP appear to be the influence behind these disputes but as its aims and methods follow so closely those of the MCP it is difficult to distinguish one from the other.’[4]

Following the outbreak of the riot, a Special Branch investigation concluded that ‘the recent labour unrest, which culminated in the clashes between workers and students and the Police and in serious rioting, was directed by leaders of the People’s Action Party.’[5]Official reports believed that the grievances were genuine, rooted in ‘workers dissatisfaction with conditions of service’ but the riot was created by People’s Action Party utilising “the classic Communist type of labour agitation.” The reports made no mention of involvement of the MCP.[6]Indeed, the next issue of the Freedom News, the MCP newsletter,carried an editorial celebrating the workers’ triumph but warning that the violence would make future success more difficult. It urged the workers to be “less leftist” in the future.[7]

As requested, I submit the British documents cited above. The Freedom News article may be accessed in Freedom News: The Untold Story Of The Communist Underground Publication(Singapore: S. Rajaratnam School of International Studies, 2008).”

The Hock Lee Bus Riots, which started on 23 April, culminated in a 2000-strong bloody confrontation on 12 May 1955 in the streets of Alexandra Road and Tiong Bahru Road.