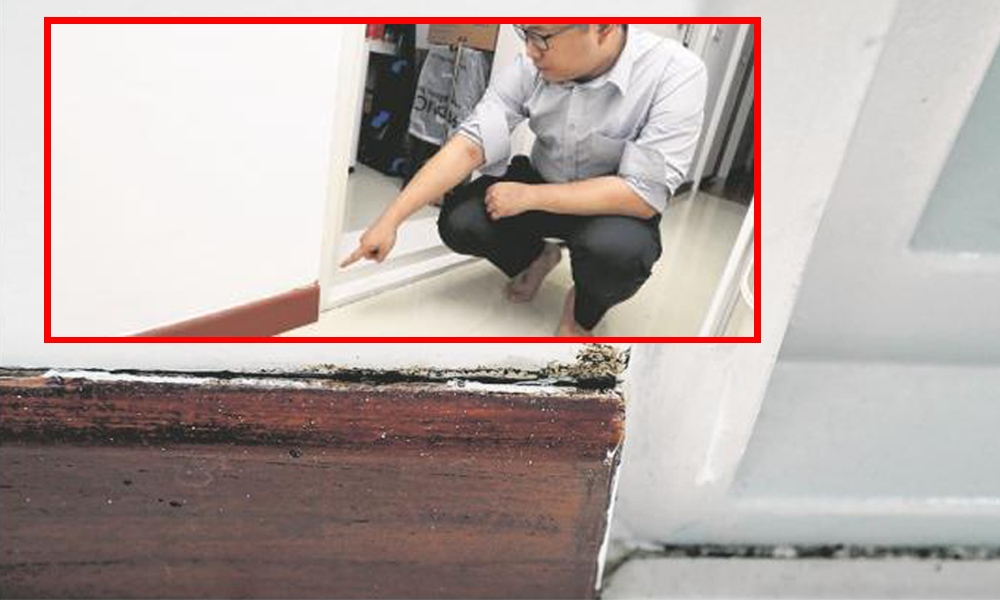 A 33-year-old insurance agent is aggrieved that his dream home has turned out to be a nightmare barely a year into moving in.

Mr Wong and his wife moved into a 10th floor BTO flat unit at Block 678C Punggol Drive in December 2016.

In August 2017, they noticed termite nests in the wooden skirting of their home.

The couple spent S$300 on a pest exterminator, only for the termites to resurface.

In November 2017, MR Wong said that HDB inspectors reported that the termites could be coming from the sky garden above his flat unit.

As such, the matter has been left to the relevant authorities as the sky garden is a public area.

Termite infestation aside, Mr Wong says that on rainy days, rainwater slides down the outer walls of his flat and leaks into his unit.

Last week, the HDB sent workers to hack off the wooden skirting in Mr Wong’s home and get rid of the termites as a temporary solution while they monitor the situation.

A HDB spokesman said that Mr Wong’s complaint was received in September last year, and investigations so far have failed to uncover the original source of the termites.

The spokesman said that it’s the responsibility of the flat owner to maintain their home, but HDB helped to get rid of the termites out of “goodwill”

HDB is continuing to monitor the situation.