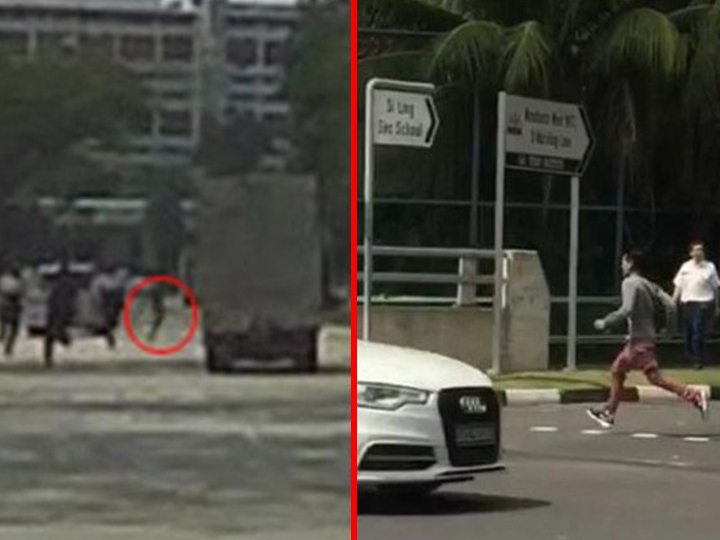 This is one special Honda driver – not only did he attack a cop, he kept giving a group of cops chasing him the middle finger while fleeing the scene!

The 25-year-old driver of a grey Honda had somehow smashed his car into the back of a lorry yesterday at 11.50am along Riverside Road in Marsiling.

The impact was so bad the lorry driver and his passenger had to be sent to hospital.

While a traffic policeman was recording his statement, the Honda driver unexpectedly punched him and made a run for it.

While running, he constantly turned around to give 4 cops who were chasing him the middle finger.

But his luck ran out when he ran out of breath after running for about 500 metres.

The 4 policemen caught up with him, arrested him, and we presume, gave him some gentlemanly police treatment for being such an a**hole.