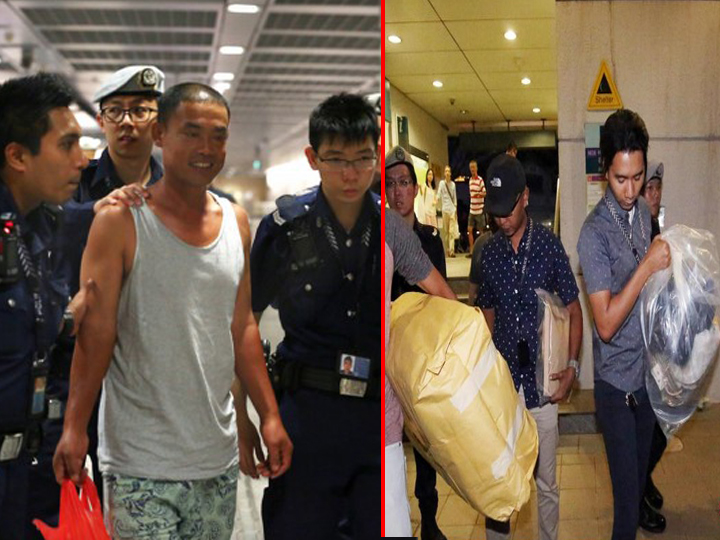 A luggage that was left inside Hougang MRT station yesterday afternoon sparked fears of a bomb threat.

The luggage was reported at 2.40pm and shortly after, police were on scene to check the bag.

If you think your balls wouldn’t shrink when faced with the task of handling a package that could potentially blow you apart, you haven’t encountered such a parcel yet (unless you’re a lady, for which you wouldn’t possess said balls).

But police officers took control of the situation, revealing little to cause panic except for saying that there was a “security incident” at the station.

Checks were made and at 4pm the bag was opened to reveal, fortunately, non-dangerous household items.

During that time, Hougang MRT station was shut down and vacated by SBS Transit station staff, and trains bypassed the station.

Despite police securing the station and advising commuters to move away, many were seen walking around the station.

At about 4.30pm, Ang Mo Kio police division officers and the Public Transport Security Command tracked down the owner of the bag and arrested him for causing public alarm.

Initial investigations showed that he had intentionally left the bag inside the station while he ran an errand.