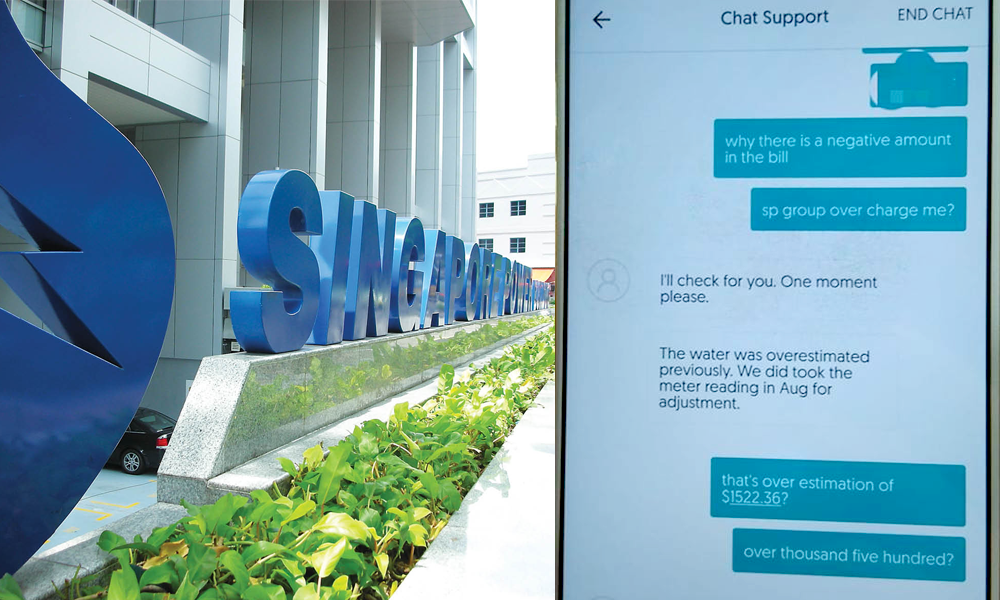 This family man got a shock when he discovered that he had been overcharged by S$1500 by Singapore Power (SP) for utilities.

Aaron Goh sensed that something wasn’t right when he saw his electricity bill.

Contacting SP’s customer service, he questioned why the bill showed a negative amount – which meant that SP owed him money.

That’s when he found out that SP had overcharged him by about S$1500 based on an over-estimate of his electricity consumption.

“Please check your SP service bill. Do your own meter reading to prevent over-charge. Honest old folks deem SP will be honest. But however bill from March onwards till July are estimated reading charges. In shock when new Aug bill arrived with negative in thousand. Blood suckers.”

This is how SP charges derives its estimates:

“For the months when meters are not read, customers are billed on an estimated consumption, computed by taking the actual consumption between the previous two meter readings and dividing it by the number of days during this period to obtain an average daily consumption.”

This amount is then applied to the number of days in the billing month to derive the estimated consumption for that month.”

Some feel that SP has been fair by returning the payment for any unused consumption.

“They were being honest by returning us. So I have no issues with that. If they keep quiet, you will never know they overcharged you.”

However, others like Lu believe that the over-charging could put a burden on households:

“The overcharging in a month for some families could feel them for a week though.”