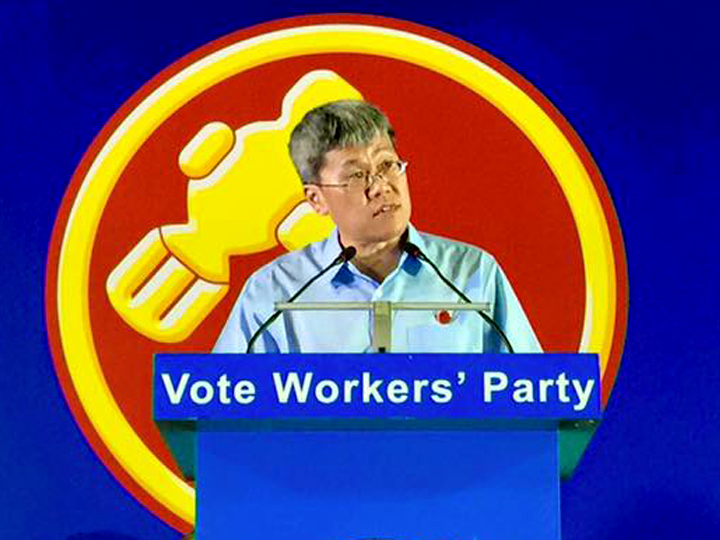 He said that instead of withholding grants, the government was pumping more money into the PA despite 6 years of adverse reports from 2008 to 2013.

“One year after the first adverse report come out in 2008, the government increased the PA grant to $300 million, a rise of $19 million from the previous year. When the second adverse report came out, the grant went up again. AHPETC had 2 years of qualified accounts and your grants were immediately withheld. They say 3 strikes and you are out but when PA received its third adverse opinion, the government grant went up by almost $38 million from the previous year.

Mr Lim Swee Say explained that the adverse opinion received by PA was due to the non-inclusion of the accounts of the Grassroots Organisations (GROs) but it is not that simple. When auditors cannot do any fieldwork on the GROs accounts, they were basically saying, and I quote from one of the reports, “because of the significance of the matter described in the Basis of Adverse Opinion paragraph, the financial statements do not present fairly, the state of affairs of the Association” for the financial year.

We are not talking about small sums of money here. As of 31 March 2013, the total assets of the GROs amounts to almost $300 million and not a single cent of it was checked by external auditors of PA for many years.”

Lapses in the People’s Association were highlighted recently, after its books were opened to the Auditor-General’s office for the first time in 10 years.

The AGO tested 6.5 percent of 1800 grassroots organisations and discovered S$3.6 million in lapses.

(Read more: 5 Pressing Questions Regarding the People’s Association that Should Make You Worry)