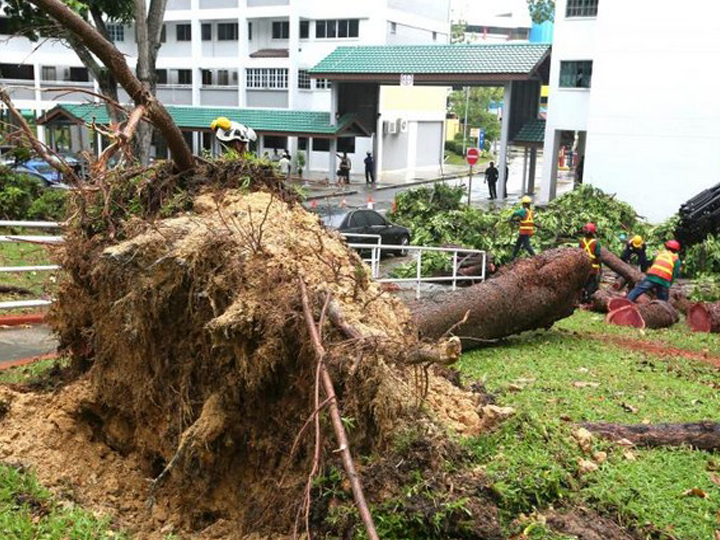 If you were still doubting the toughness of a damn Mercedes Benz after this incident and this incident, well, the car is damn solid lah.

A big tree that was uprooted crashed on a 7-year-old Mercedes yesterday, but the driver managed to escape unharmed.

The incident took place at about 3pm at Tampines St 11, at the open-air carpark near Block 125

Mr Tan said he had parked his car there and was waiting to pick up  his wife and baby boy.

“It was raining, so I phoned my wife and told her to come downstairs together with our son. I was about to move my car to the sheltered walkway when the tree crashed on top of it.”

Mr Tan said that after the tree fell, his whole car was surrounded by branches and leaves.

He couldn’t see as the windshield

He found himself stuck in the car.

“I immediately called the SCDF and informed my mother. SCDF officers arrived 10 minutes later. They moved the branches and leaves and helped me get out of the car.”

After he was freed, Mr Tan checked his car and saw that there some scratches on the bonnet while there was a dent on the right passenger door of his car.