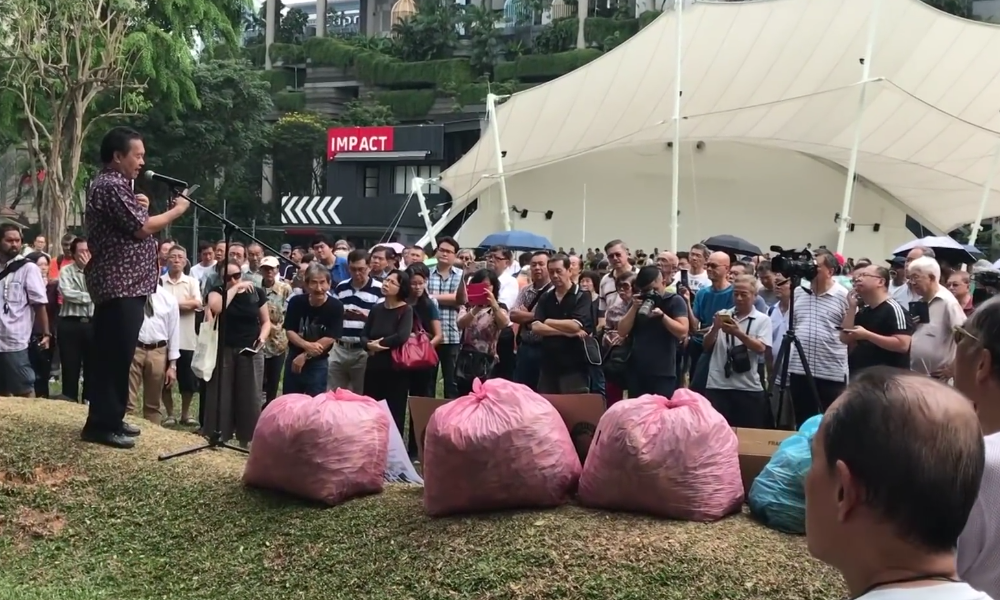 Angry investors stormed the Hong Lim Park Speakers’ Corner yesterday (30 Mar), demanding “justice” for their investment losses due to the collapse of Hyflux.

At its height, there were over 800 protestors, armed mostly with umbrellas – due to the current Singapore heat wave.

Protestors were rallying for investors to cast a “no” vote for Hyflux’s restructuring proposal – one which asks that perpetual securities and preference shareholders accept a recovery rate of 10 cents on every invested dollar.

Many were also angry at Singapore’s national water agency, the PUB, for its bid to take over Hyflux’s Tuaspring desalination plant at zero dollars and waive the compensation sum it is entitled to, if the company does not remedy its defaults by 5 Apr.

Protestors laid out placards calling for the Monetary Authority of Singapore to investigate Hyflux, and for the company’s auditor KPMG to speak up on these issues.

“I believe a lot of money comes from us investors were used to first build the plant, so you cannot just say okay, now I am going to take over for zero dollars. It doesn’t make sense to me.” 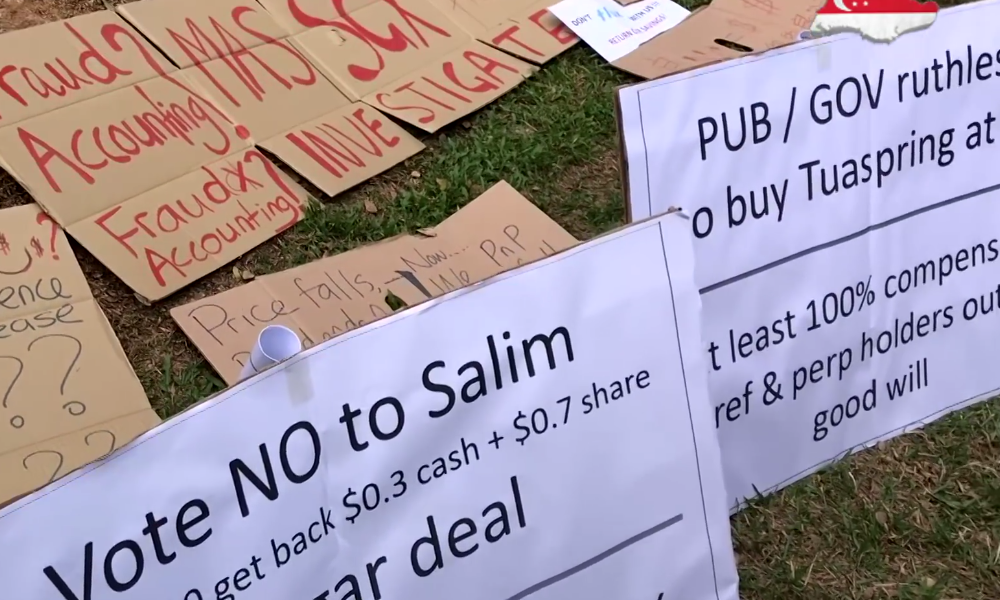 The Tuaspring plant was opened to great fanfare in September 2013.

However, losses snowballed after its gas-turbine power plant started selling excess capacity in 2016 to the power grid, which had an excess of electricity following the liberalisation of the market.

About 34,000 retail investors lured by the promise of a 6 percent annual return and a seal of approval from the government poured in S$900 million.

Mr Tan said that he does not have any investments in Hyflux, but accepted an invitation to speak to seek justice for retail investors.