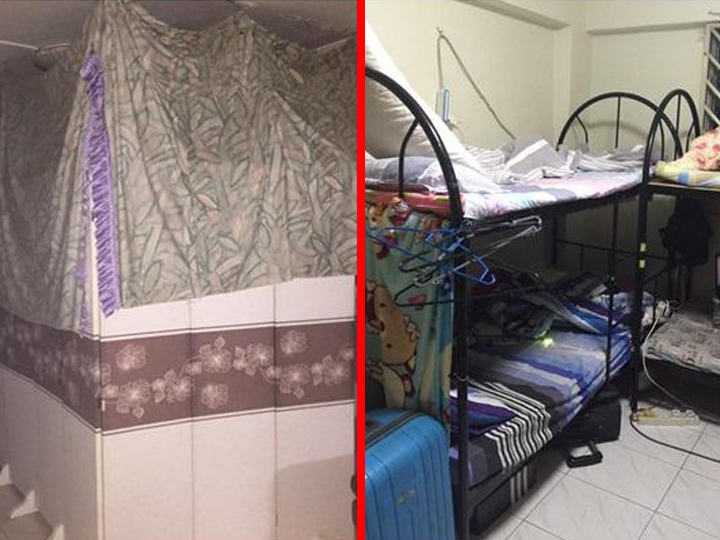 He got the shock of his life when he entered the flat – it had turned into a pig sty and there were at least 10 people staying inside!

34-year-old Mr Lim can be forgiven for being heartbroken.

He had taken over a flat owned by his father, a 30-year-old 3-room apartment in Loyang, and decided to rent it out.

Last July, he found a tenant – a 41-year-old China national known as Mr Lin, who was a S-Pass holder working as a deliveryman for a food company.

Mr Lim sublet the whole flat to him

Things seemed rosy at first, until Mr Lim’s daddy, Uncle Lim, overheard from his old neighbours when he was drinking kopi at the koptiam that there were several people living in the flat.

Uncle Lim told his son that, and in March this year, Mr Lim went to the flat to check what was going on.

He saw that the living room had been turned into a small bedroom.

There were 3 strangers occupying the master bedroom, and 3 double-decker beds in the other bedroom.

Tenant Lin didn’t deny that he had sublet the flat to more people.

An argument followed and Mr Lim gave him 2 weeks to pack up and scram.

On April 15 this year, Mr Lim went to the flat and demanded to inspect it.

He only relented when officers came down to the scene.

The flat which he had rented out less than a year ago was now in shambles.

“The fridge is filled with cockroaches and isn’t cold anymore, fan blades can’t move, no picture appears on the TV, no gas comes out from the stove, there are small holes in the wall, many of the tiles are scratched, wall paint is peeling, and the whole apartment is dirty and in a mess.” 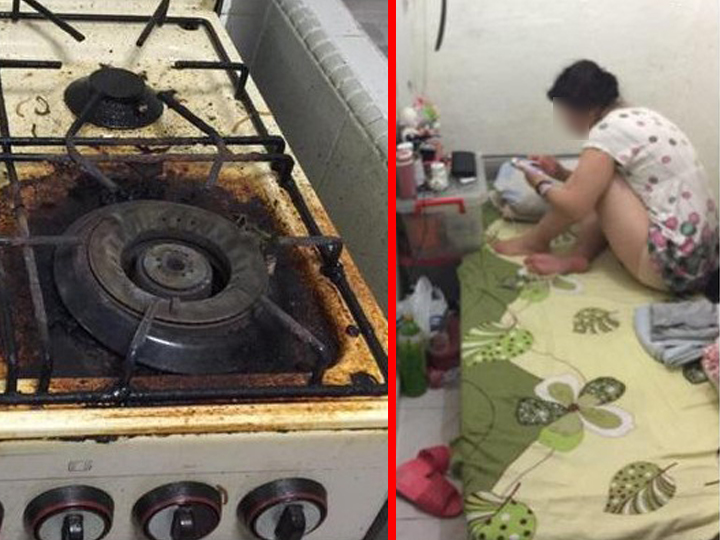 Mr Lim broke down and cried.

Uncle Lim, who was with him at the time, cried too upon seeing his old home in such a sorry state.

However, when he followed-up on the payment, Tenant Lin had vanished!

Mr Lim checked with the rogue tenant’s workplace, but his boss said that he had already resigned some time back.

Angry and heartbroken, Mr Lim made a police report.

Uncle Lim plans to move back into the flat.

He says he won’t allow it to be rented out anymore.