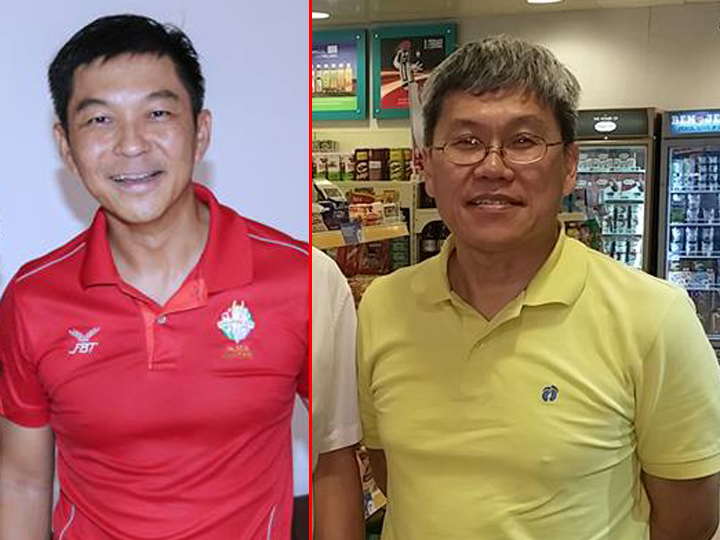 The Immigrations & Checkpoints Authority has confirmed that it does give preferential treatment to ministers to cut the queue at the customs checkpoint.

This comes after Workers’ Party MP Png Eng Huat struck out at the customs authorities for allowing Minister for Social and Family Development and his group of grassroots leaders to cut queue at the Tuas checkpoint on Sunday.

“Most people in the queue probably did not mind that as being a Minister does come with privileges. However, along with him, an entourage of grassroots leaders and members with shopping bags in tow also enjoyed the privilege of fast clearance at the custom without needing to join the crowd.”

However, the ICA has rubbished this accusation.

It said that the grassroots members in the other 19 buses were made to clear customs through normal channels by joining the queue.

Only the bus carrying Mr Tan was given clearance without having to queue.

The ICA also countered another accusation by Mr Png that “In the long queue at the immigration check point yesterday were many travellers, some of whom are old and tired, but they all had to wait patiently for hours for their turn.”

It said that records show Mr Png was there “for about 30 minutes” before he was cleared through immigration. 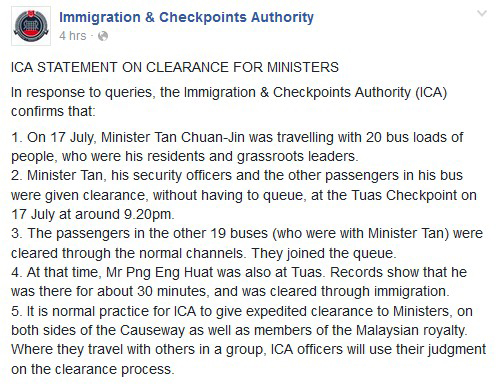