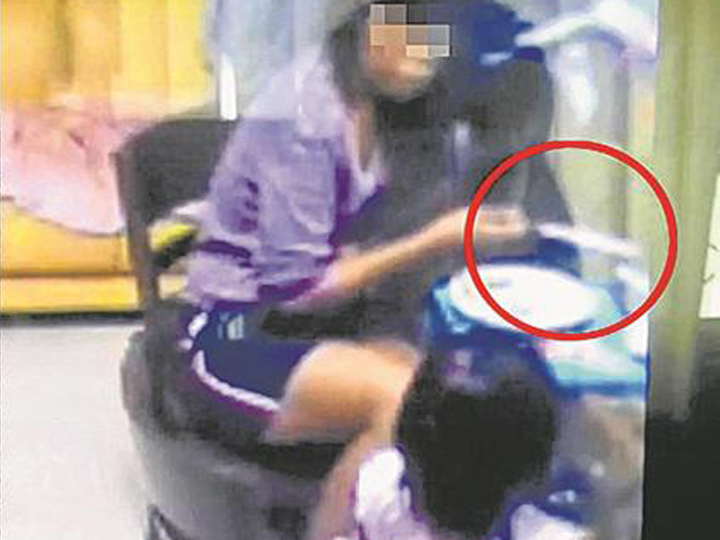 She wasn’t home, and wanted to check that everything was in order.

But this 29-year-old housewife got a shock after viewing the footage.

She saw her maid, 28-year-old Tjerina Prera hitting her infant children on the head, slapping them, and even threatening them with a knife, saying “I’m going to cut off your hands”.

Mdm Ye has a 3-year-old daughter and a 1-year-old son, and Tjerina was employed to take care of them.

Furious, Mdm Ye confronted Tjerina, who swore that she had never handled the children roughly.

However, her tone changed when Mdm Ye showed her the CCTV footage.

That’s when Tjerina supposedly said in a defiant manner, “If you’re not happy, send me back to the maid agency”.

The incident happened on 19 Feb this year.

Police have brought charges against Tjerina, and she is now being prosecuted in court.