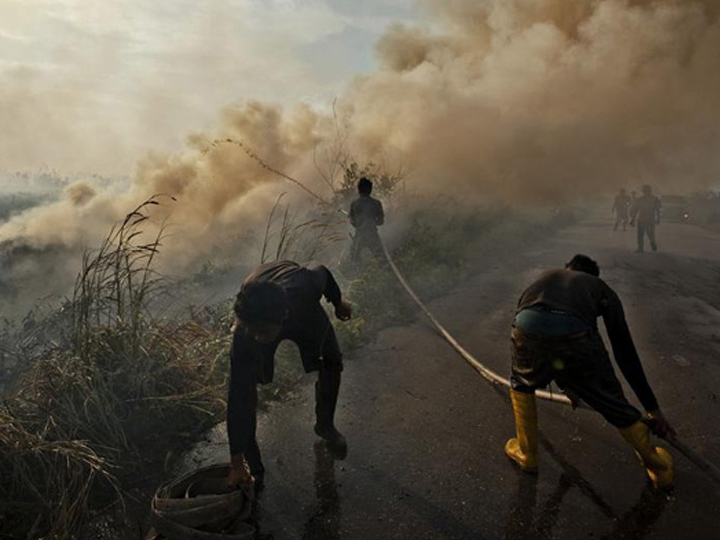 Insulting – that’s what one of Indonesia’s ministers just described Singapore’s offer of “only one aircraft” to help fight the forest fires in the country which are giving rise to the haze in Southeast Asia.

When questioned as to why this year’s forest fires were worse the previous year, Mr Luhut said:

“During the dry season, peatlands tend to be very flammable. When we bombard the land with water to put out the flames, they just come out again. So I get a headache when people get upset. What are we supposed to do?”

“Then someone asks why we didn’t accept the assistance offered earlier. There are many reasons for that. Firstly, we wanted to try and do it on our own. Secondly, we didn’t realise the process would be so long. Thirdly, (Singapore) offered only one aircraft. It was insulting.”

Mr Luhut was perhaps referring to the C-130 aircraft which Singapore offered to help with cloud-seeding operations.

Singapore has also offered to send over a Chinook helicopter with a water bucket, and a fire-fighting team from the SCDF.

Indonesia finally took up Singapore’s offer to help with the forest fires on 7 Oct, after Indonesia’s initial flip-flopping on accepting assistance.|

On October 11, aircraft from Singapore and Malaysia began water-bombing missions to put out the raging fires in South Sumatra.

Singapore sent a RSAF Chinook helicopter with a 5,000-litre heli-bucket and 34 SAF personnel to help fight the ongoing forest fires, and also a 6-man Disaster Assistance and Rescue Team from the SCDF. Two RSAF C-130 aircraft were also deployed to transport SAF and SCDF personnel.

In the same interview, Mr Luhut also pledged to confiscate land of big companies that practise illegal burning, and revoke their licenses.