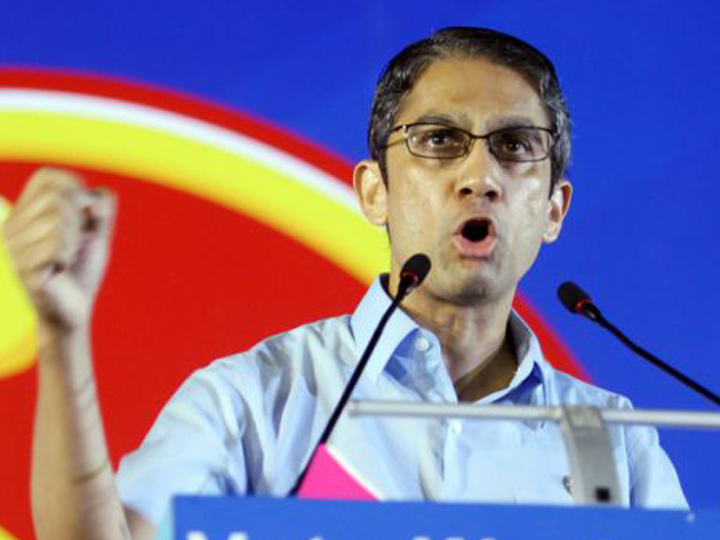 RONALD LEE: Reading the letters have flitted back and forth rapidly, it seems you’d need more than kid’s glove to handle the Ministry of Health and Singapore General Hospital.

Both entities have been defensive and evasive all at once, to the point that asking questions has almost become a disease.

The Workers’ Party has thrown its hat into the fray, and has now been portrayed as “the opposition that’s turning this into a political issue again”.

The MOH has deemed it a great slight, but is the WP’s call for a Committee of Inquiry on the Hepatitis C infections too much to ask?

The WP is calling for an inquiry into the delay in SGH informing MOH about the infections, and thereafter, the delay by MOH in informing the public.

Some have misunderstood that the WP is calling for a whole new independent review committee to check into the cause of the outbreak.

The MOH already has an independent review committee looking into that.

They’ve assembled some of the top health experts in the local arena, in addition to international health practitioners, to check into this.

Dr Jeffrey Cutter – Director at MOH, Communicable Diseases Division (the “how come can spread until like that” guy)

Furthermore, a police report has been made, so the cops are now tasked with investigations too.

So yes, the MOH and SGH are looking into the medical aspect of the outbreak.

But what’s troubling is the health authorities seem to be wielding scalpels when quizzed about the disclosure of information regarding the outbreak – any legitimate queries that do not fit in with the information they want to release must be cut down.

We’ve highlighted before that the top dogs at SGH and MOH must have given due consideration before selecting what to disclose, and when.

They can’t be fools and handle such pressing matters on a whim and fancy, can they?

These top leaders should be able to give an answer, without the necessity of a Committee of Inquiry.

Still, such a committee would be necessary should they refuse to come out of hiding.

The Workers’ Party is only badgering because these questions are what the public demands answers to.

READ THE FULL BACK AND FORTH HERE:

25th Oct: THE WORKERS’ PARTY CALLS FOR A COMMITTEE OF INQUIRY ON THE HEPATITIS C CLUSTER AT SGH

The Workers’ Party welcomes the broadening of the remit of the independent review committee to include review of MOH’s procedures and actions.

Drawing the right lessons from the outbreak of the Hepatitis C virus infections at the renal ward of the Singapore General Hospital (SGH) is critical for Singapore. It is tragic that four individuals may have lost their lives as a result of these infections in one of our leading healthcare institutions, and one more person may have died for reasons possibly related to the infections.

The outbreak and the government’s response to it have exposed potential gaps in our public health protection protocols. Aside from the risk to human life, the matter has considerable implications for Singapore’s status as an international business and tourism hub.

The work of the review committee is critical not just to rectify any lapses to prevent future recurrences, but to maintain and bolster public confidence in our healthcare system and review processes. To this end, not only must the review be rigorous, transparent, independent and fair in terms of its outcomes. It must also be seen to be so.

With these ends in mind, we call on the government to pursue the following actions in respect of the committee’s work.

The government should explicitly task the committee to investigate the reasons for the extended delays between:

The terms of reference of the committee do not explicitly state that the committee is required to arrive at conclusions and recommendations about the timeliness of public alerts and preventive or containment measures. Given that the public was only informed about the cluster in October when the probable existence of this cluster was discovered in April/May, we repeat our call for the committee to review:

If existing protocols about timeliness of public alerts and containment measures were adhered to in this instance; if so, how can these protocols be improved upon as they have been shown to be lacking; if protocols were not adhered to, why not; and what measures are recommended to strengthen adherence towards zero fault tolerance on such matters of life and death.
If protocols do not exist, to recommend protocols that should be adhered to in future in respect of the maximum time frame for ascertainment of an infection cluster, for MOH notification, public notification and commencement of containment measures.

The Workers’ Party regrets the degree of delay between the discovery of a probable cluster of infections in April/May and the initiation of public notification and screening in October. We note that the Press Secretary to the Minister for Health stated, in a letter to The Straits Times Forum published on 20 October 2015:

“Medical professionals and public officers in MOH and SGH sought to perform their duties professionally and objectively. They acted in the interest of patient safety and to minimise risks to patients. Political calculations played no role in their consideration of the proper course of action. To suggest otherwise impugns the professional integrity of these public servants, who are unable to reply to defend themselves.”

We hold that a responsible and transparent government should explain in detail how the delays in public notification and screening from April/May to October represent actions that were taken in the best interests of patient safety and risk minimisation to patients.

Calls on the government to explain the delays in detail should not be met by calls to provide evidence of any inappropriate motivation.

Now that the review committee’s remit has been broadened to cover MOH’s workflow, we also call on the government to take action in regards to the committee’s composition and procedures in the following two regards:

In the case of the Committee of Inquiry into the 15 and 17 Dec 2011 MRT breakdowns and the 8 Dec 2013 Little India Riots, the deliberations of the committee were made public so as to strengthen public confidence in the security and public transport systems respectively. In this case, we recommend that the deliberations of the committee likewise be made public. The Hepatitis C outbreak is at least as grave an incident as the MRT breakdowns and Little India riot, with serious implications for the public confidence of Singaporeans and foreign stake-holders in our vital national institutions. So as to facilitate this and in line with the norms established by the COIs relating to the MRT breakdowns and the Little India riots, we recommend that the current review committee be reconstituted as a Committee of Inquiry (COI) under the Inquiries Act.

We note that the review committee is composed of currently serving clinicians in public healthcare institutions. Now that the committee’s remit has been broadened to include a review of MOH’s workflow, these individuals are effectively being asked to critique the actions of senior civil servants who oversee and administer government policy that affects their work as clinicians on a day-to-day basis. This would place members of the review committee in an awkward position. We suggest the inclusion of retired clinicians and healthcare administrators in the committee and the appointment of a retired healthcare administrator or clinician as co-chair. We further suggest that one of the committee’s members be a person qualified to be a Judge of the High Court, as required by the Inquiries Act should the committee be reconstituted as a COI. This would strengthen the ability of the committee to conduct a truly rigorous and, where necessary, critical review.

In response to media queries on the Workers’ Party’s statement today, the following can be attributed to the Press Secretary to the Minister for Health:

The Workers’ Party (WP) has called for a Committee of Inquiry (COI) into the cluster of Hepatitis C cases at the Singapore General Hospital (SGH).

An Independent Review Committee has been appointed to review the cause of the incident and surrounding circumstances. To facilitate its work, the Review Committee has engaged additional resource persons, including international advisers, to ensure that it has access to all the necessary expertise to do its review thoroughly.

The Committee’s findings and recommendations will be made public. A Police report has also been filed and the Police are conducting investigations.

The WP statement is careful not to make any suggestion that SGH or MOH officers acted with improper motives. Yet it has asked for a COI ahead of the Committee’s report and the conclusion of Police investigations. If the WP believes that there are questions that the Committee cannot answer, or that any officer acted with improper motives, it should state so directly. The Government will convene a COI provided the WP is prepared to lead evidence before the COI, to substantiate whatever allegations it might have.

We thank the MOH for their reply to our statement calling for a COI on the Hep C infection cluster at SGH.

The last sentence of the MOH statement refers to “whatever allegations it (the Workers’ Party) might have.” However the MOH statement itself observes that our statement did not impute any improper motives to SGH or MOH officers. Hence we find the reference to “allegations” that we may or may not have to be confusing, distracting and unhelpful. We have been consistently clear that we are not making allegations in this regard.

We are calling for strengthening of the review process by reconstituting the current review committee as a COI. The MOH statement does not address the points we made about the relative merits of a COI for investigating this matter in respect of:

-the composition of the committee, which we have suggested should include more retired healthcare professionals and a person qualified to be a Judge, given that the committee’s remit has been broadened to include assessing MOH’s workflow
-the value of the committee’s deliberations being made public, in terms of strengthening public confidence in our system
-the necessity of tasking the committee to explicitly address the issue of the timeline in public notification and containment measures.

The burden of responsibility resides with the government in this matter. We reiterate our call for a COI based on the arguments made in our earlier statement today which have not been substantively addressed by today’s MOH statement.

Our motivation in making this call is to strengthen the healthcare system on which Singaporeans depend and to ensure that the review is not only successful but is widely seen by the Singaporean public to be successful.