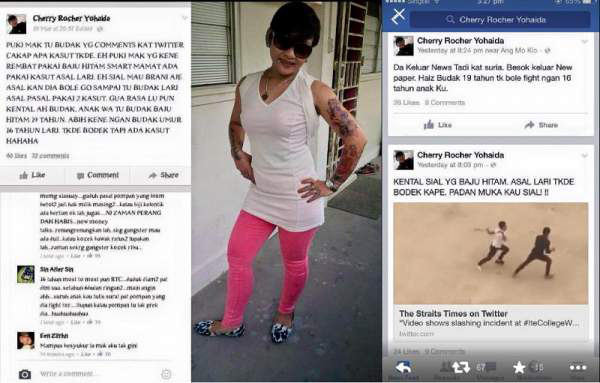 Muhammad Zuhairie Adely Zulkifli aka the ITE Slasher has been charged for causing grievous hurt to 19-year-old Ahmad Nurthaqif Sahed.

But the 16-year-old’s mom is apparently charged up at the gall displayed by her son.

She apparently took to Facebook to criticise Ahmad Nurthaqif.

The is what she said about the IT Slasher’s victim, translated:

“Fuck the idiots on twitter who said my son lost his shoe. The fucker who got his ass kicked wearing the black smart shirt wore his shoes but how come he ran?! That 19 year old wear black shirt is a fucking poser, running away from my son who is 16 year old. You may have shoes but you don’t have the balls hahahaha” 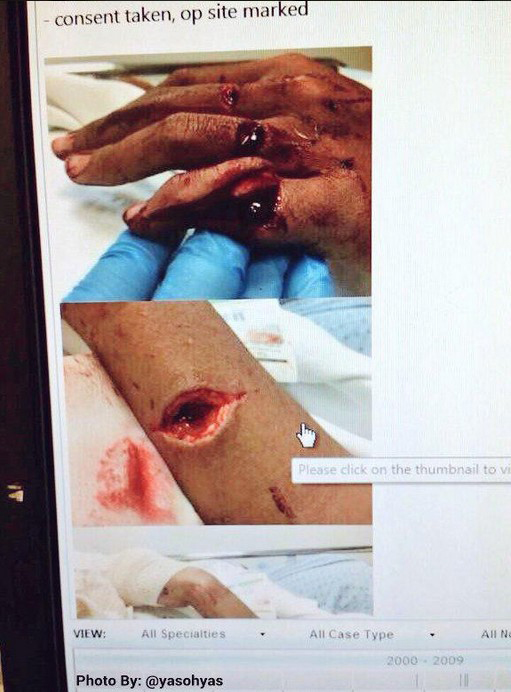 Muhammad Zuhairie used a 35cm long bread knife to slash his victim, who was sent to the National University of Singapore hospital with cuts on his left arm and back, and a fractured forearm.

All this, seemingly because of a love dispute.