In an amateur video, a man in a white shirt is seen holding a long knife and trying to slash another man in a black shirt.

He misses, and the man in black runs away.

In another amateur video, the two confront again, but the man in white isn’t holding the long knife anymore.

Still, it appears that one person was injured, with some netizens saying his fingers were nearly chopped off!

The victim was sent to hospital, and the incident is still under investigation. 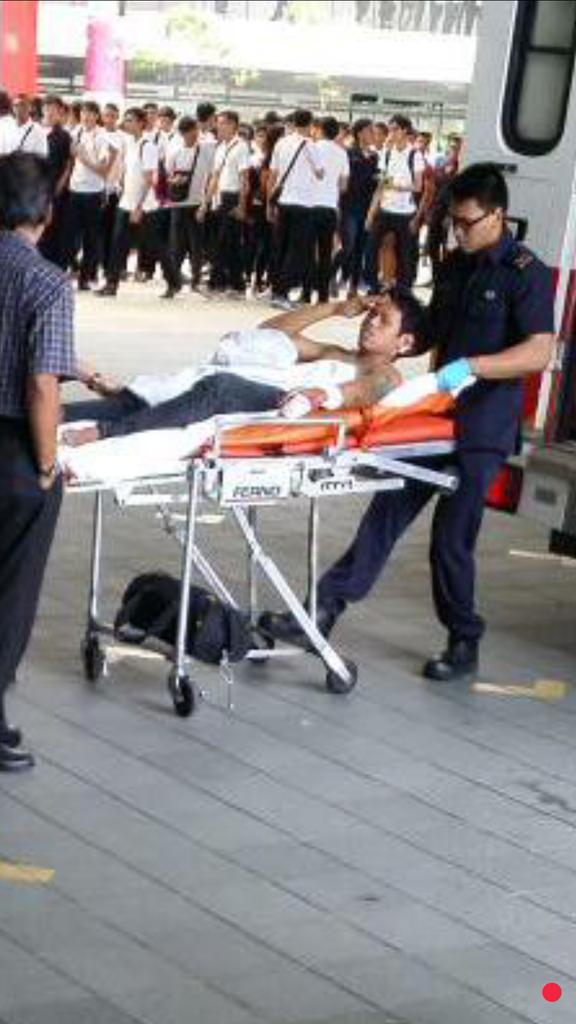