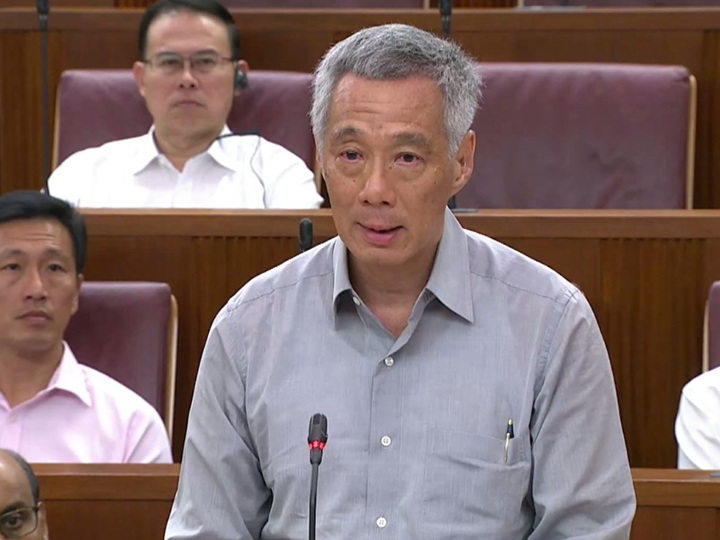 RONALD LEE: State media would have you believe that the air has been cleared after 2 days of parliament involving PM Lee Hsien Loong and co. I don’t know if this is an attempt to sweep everything under the rug so as to keep up the façade of normalcy in Singapore, but it looks like many PAP MPs are keen on laying the matter to rest hastily.

What we have heard over 2 days is PM Lee defending himself, and PAP MPs defending him, with a few “rigorous” questions and statements in between. At least Low Thia Khiang did us all a favour by giving us some entertainment. But his words ring true – it’s still “ownself defend ownself” if we do not hold Lee Hsien Yang and Dr Lee Wei Ling to the same standards as their Big Bro.

PM Lee Hsien Loong says Singaporeans are now in a better position to judge the facts. But he also mentioned that no concrete evidence has been found to support the allegations. He then says that no MPs have produced any additional charges against him. That’s skirting the issue.

The allegations are serious enough – abuse of power and nepotism. And they are coming from people who are within the Lee family inner circle so this can hardly be considered a layman’s Facebook rant. One senses that the they have not revealed their full hand of cards yet.

The judiciary, which is independent of the government, must launch investigations into these allegations. Like ESM Goh said, either we clear PM’s name or we censure him.

At this stage, with the country polarised in opinion as to whether PM Lee is guilty as Facebook commented, or whether his little brother and sister are simply out to stir trouble for the sake of money and a personal vendetta, it is necessary to question the younger Lee siblings to see if they have any concrete evidence to back their claims. If they fail to produce any, they should be punished for the international embarrassment they have wrought on our nation. Similarly, if concrete evidence is produced to show that PM Lee has behaved inappropriately, he must face the music.

School notebooks from yester-years had this Confucian text on the last page, “Nation before community and society above self.” Singapore’s reputation for incorruptibility must be preserved, even at the cost of already-strained family ties.

It’s not over till the younger Lee siblings sing.